Flood reliefs now planned for Limerick village with 'no risk' 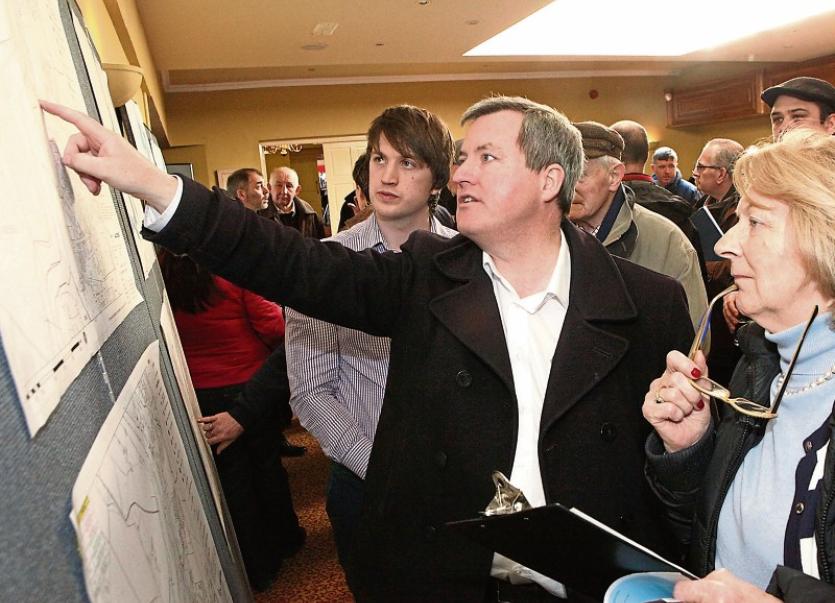 A DRAFT plan last August that stated “there is no flood risk to any properties” in Castleconnell was met with astonishment and anger by local residents.

The statement must have felt like a slap in the face to people like Stephanie and Tom McMahon who had industrial pumps going for six weeks, 24 hours a day, in 2015 / 2016 to keep water out of their home at The Mall. The same property was flooded in 2009.

One of a large crowd of attendees, Stephanie McMahon said it was good that they have now been recognised as an affected area.

“We are now hopeful that something will be done for the village. I just think we have to keep the pressure on the OPW now to follow through with their promise. There are four options they gave us. They will be coming back in a month’s time on which option they will go for and then it has to go through a lot of processes.

"We are hopeful it might be done and dusted in three years,” said Ms McMahon, who praised the council for the “fantastic” flood relief work they did in the winter of 2015/2016 to protect homes like hers.

“This follows the previous OPW public consultation last September where amazingly no flood plans were provided at all for either location. Furthermore, the OPW advised that these flood relief plans for Castleconnell and Montpelier perform exceptionally well on a cost/benefit analysis basis. This should ensure that they are prioritised for works to be carried out under the CFRAMS study.

“Once the CFRAMS study is published, our next campaign will be to progress the funding and building of these flood relief measures in Castleconnell, Montpelier, Annacotty and Mountshannon Road areas. The recent floods are still a fresh memory with residents of these areas and we must look to ensure that do not have to go through it again,” said Senator O’Donnell.

Option one of four presented was the most popular. Senator O’Donnell said it includes the Mall wall being rebuilt and extended; protective measures at the back of Meadowbrook and works at the Ferry bridge.

An OPW spokesperson said they commissioned its consultants to undertake a review last autumn.

“The outcome of this review has been a slight increase in the design flood levels in Castleconnell. The assessment of options in this area has therefore also been reviewed to determine if potentially viable options for flood risk management measures might be available.

"This work has involved re-examining the flood damages, the possible options and the economic justification for the options.

"A number of potentially viable options for flood risk management have been found, based principally on flood defences – walls and embankments,” said the spokesperson.