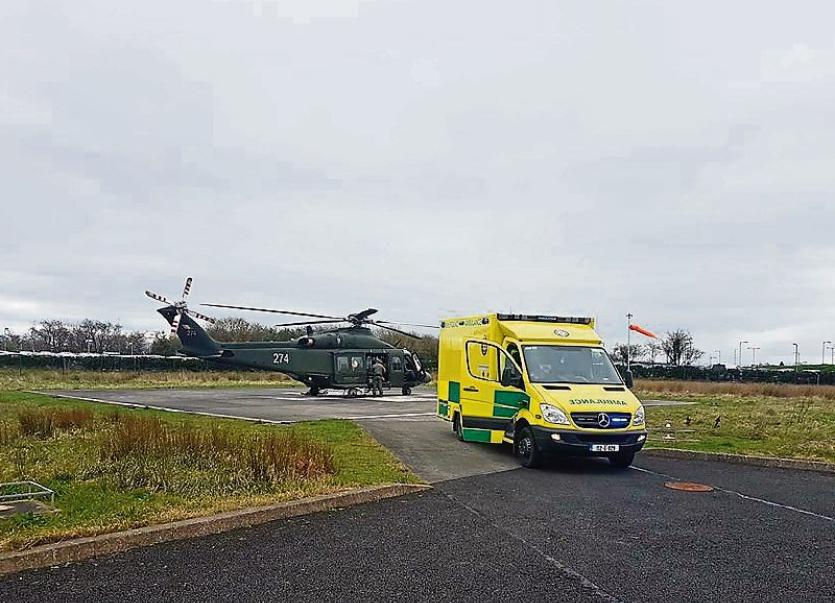 The girl was airlifted from the scene to University Hospital Limerick

A young child is in a critical condition at University Hospital Limerick following a serious road crash in County Clare this Wednesday.

It is understood two cars collided head-on while travelling on the N85 between Ennis and Inagh, at Ballyea South shortly after 9am.

Emergency services were dispatched to the scene and a four-year-old girl was taken by air ambulance from the scene to UHL.

The drivers of both cars were also taken to hospital. It is understood one of them sustained serious injuries in the crash.

A garda investigation is underway and the road remains closed to facilitate forensic and technical examinations.

“It was a two-car collision, the circumstances of the accident are under investigation we’re not fully sure as to what happened as of yet,” Superintendent John Galvin told Clare FM.

“It is a very tragic situation and we are appealing to anybody who may be able to help us in our investigation this accident to contact us at Ennistymon garda station,” he added.