NIAMH DUNNE 'FLATTERED' AT PROPOSAL FOR RECEPTION IN HER HONOUR 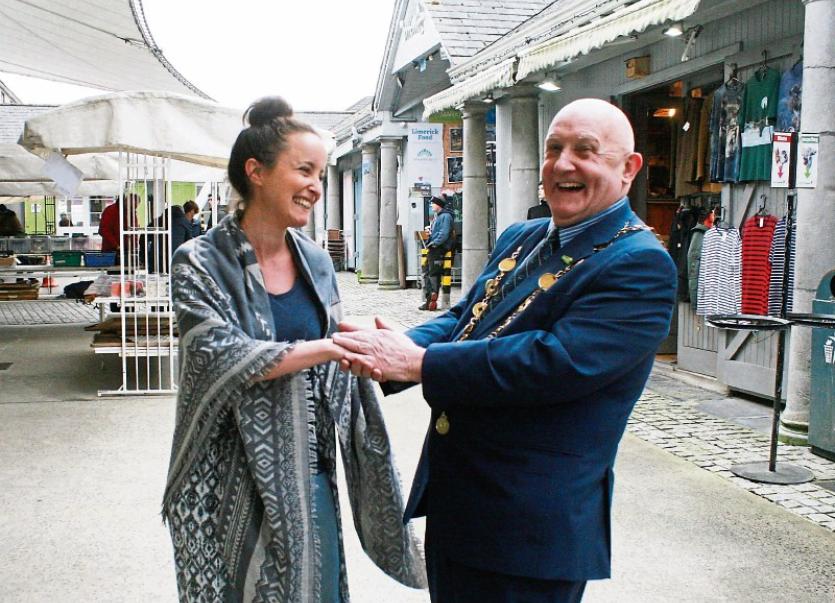 THE Limerick woman behind Ed Sheeran’s catchy new tune ‘Galway Girl’ is to be afforded a top civic honour.

Mayor Kieran O’Hanlon is to afford Niamh Dunne a special reception in recognition of her, and her family’s contribution to the local music scene.

And he hopes the popular singer can use her influence to bring Sheeran down to Limerick for a gig in the future!

Niamh, who plays with traditional Irish music group Beoga, made national headlines last week when the ‘Thinking out Loud’ singer revealed it was she who inspired the song, which her band co-wrote.

The fiddle player was back in Limerick on Friday, where she joined her father, the traditional music legend Mickey, playing at an event to mark Seachtain na Gaeilge in the Milk Market.

It was here that Cllr O’Hanlon revealed his plan to afford her a Mayoral Reception.

“Niamh Dunne has been acclaimed as an international artist. I’m glad to know her personally, but more so her family. Her mam and dad and sisters, and indeed their family before them were great musicians in Limerick. So I will be having a mayoral reception for the ‘Galway girl’, who really is a Limerick girl,” the mayor – who is a friend of the Dunne family – said.

Speaking to the Limerick Chronicle, Niamh said she is “flattered” by the mayor’s offer.

“It’s lovely [to get this offer]. It’s very flattering and all that. I’m very proud to be from Limerick. I always have been, and I’ll always make sure I stand up and shout about it,” she said.

Asked about the coverage her and Beoga have enjoyed over the last week, Niamh added: “We’re knocking so much craic out of the thing, and more than anything, the music has been going down well. I’d hope this will have a knock on effect for the trad music scene here.”

Niamh’s proud father Mickey hopes her daughter’s working with Ed Sheeran could act as a springboard for success for Beoga.

“We’re delighted Niamh is doing so well. She has put her life and soul into it. But we’re delighted for Beoga – so have they. Everyone deserves a break and this could be it for them. She’s so proud to be from Limerick too,” he said.

Niamh admitted there was a moment the band was starstruck when they first met the superstar. But after a while, this dissipated.

“He is a lovely, lovely guy. There might have been a little moment of ‘woah’ when we first met him, but then it was just people in a room making music together. It was very comfortable and very cool,” she added.

And asked if she thinks she can persuade Ed to come and play in Limerick, she smiled: “We’ll just have to wait and see what happens! It’d be great for Limerick though”.