THE Mayor of Limerick has strongly condemned the vandalising of one of Limerick’s most iconic landmarks.

Mystery surrounds the daubing of the historic Treaty Stone with purple paint.

The stone, upon which the Treaty of Limerick was reputedly signed in 1691, was splattered with paint overnight this Wednesday, it is believed.

Gardai are investigating the incident.

Mayor Kieran O'Hanlon said: "This is mindless, wanton thuggery. Who would want to deface any property? Let alone one of the iconic symbols of Limerick.

"Whoever did this should be ashamed of themselves. Their actions impact on everyone, on Limerick and I would encourage anyone who saw anything or knows who did it to contact the gardaí. These types of actions have got to be stamped out," he added. 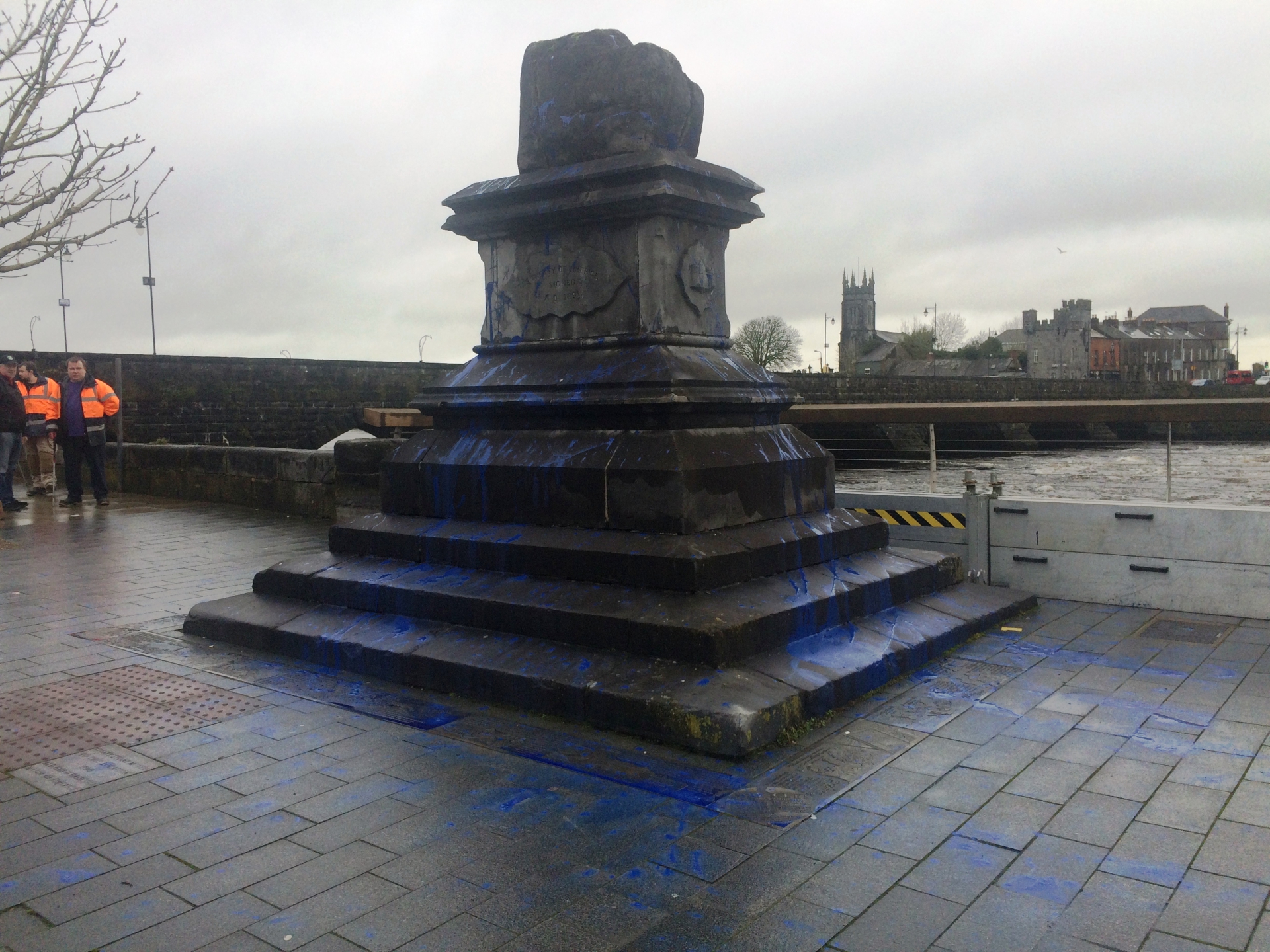 Council cleaning crews, along with staff from Limerick Civic Trust, equipped with a power washer were on the scene at 9.45am to clean up the paint.

“We are fortunate that the paint is water solvent,” one worker told the Limerick Leader.

The council said a water based paint, possibly art paint from a tube, was daubed all over the monument.

"From initial investigation there is no lasting damage. Street cleansing crews are power hosing down the monument," said a spokesperson.

It appears the damp weather last night meant the paint "didn't adhere to the Stone", the council said.

"A specialist will examine the Stone as a precaution," added the spokesperson.

People have expressed outrage on social media at the damage to the historic object, which is located on Clancy’s Strand, next to the River Shannon in the city.

“I can't believe someone would do such a thing,” said one comment.

Gardaí at Henry Street are investigating and are viewing CCTV footage of the area. They can be contacted on 061 212400. 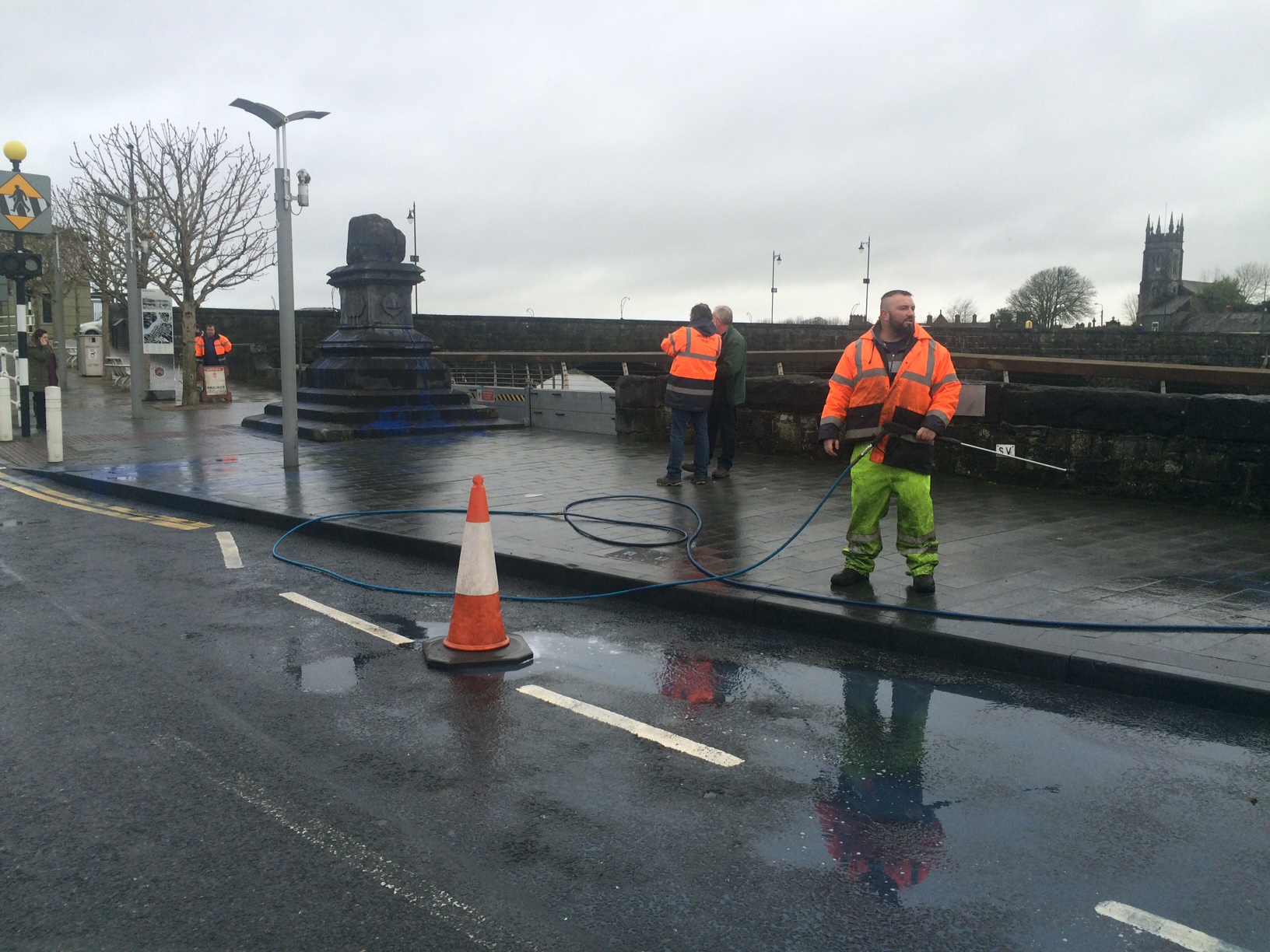 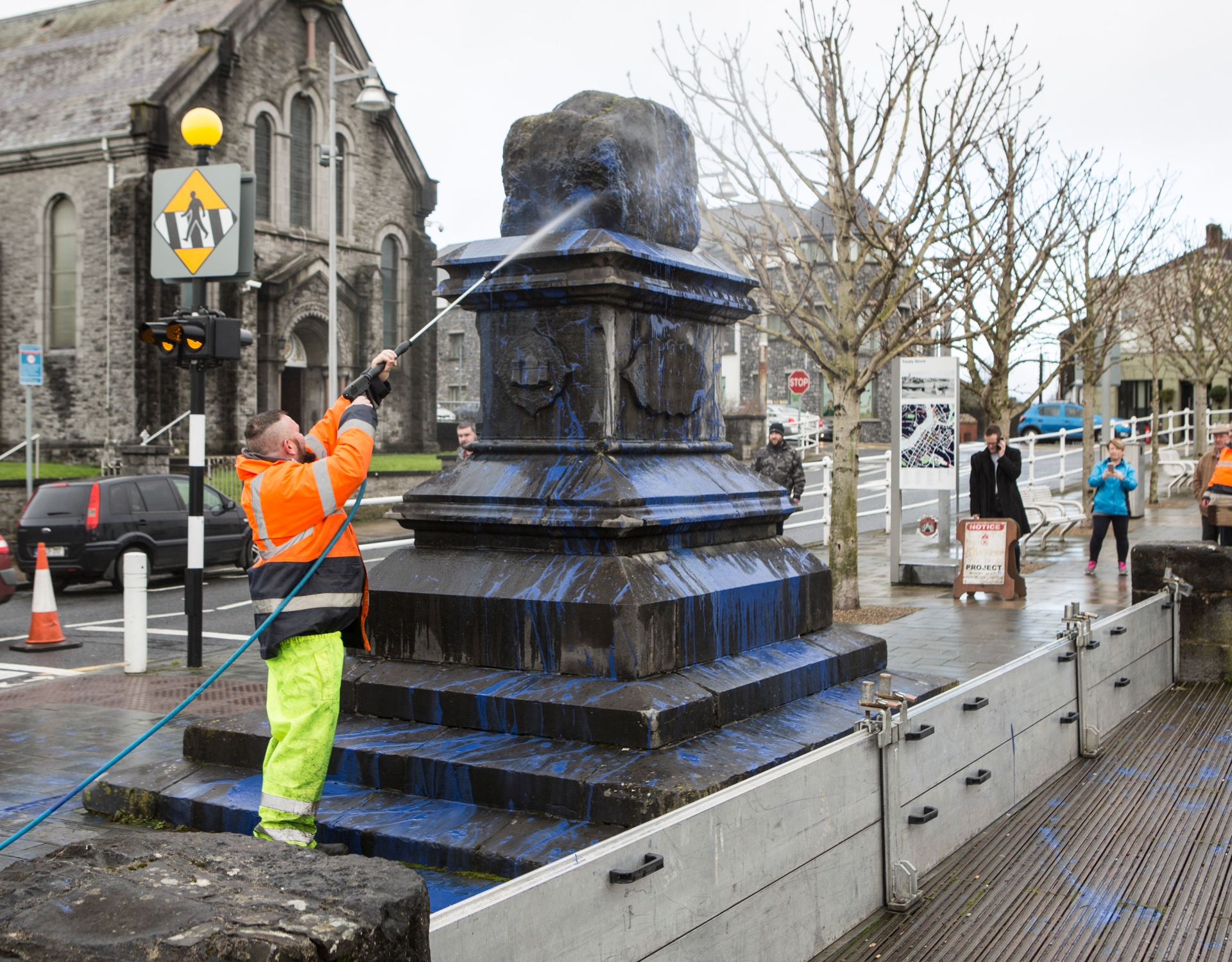 Shameful damage to our historic memorial - Someone knows who did this - let's hope they are brought to account. https://t.co/sIgeL6sWv6