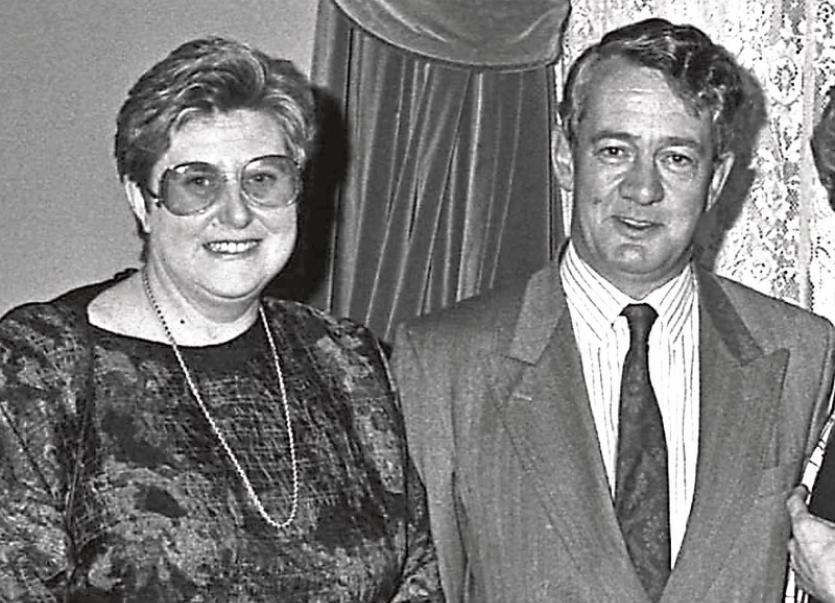 She is survived by her husband, former Minister for Justice, whose 78th birthday is today.

Originally from Tyrone, Pat lived with her husband Des and their children in Corbally for many years.

Mrs O’Malley’s health had been deteriorating in recent times, and she “went downhill very quickly”.

“It’s very, very sad to hear of her passing. We were close for many many years when they were in Limerick,” said Ms Teefy.

Mrs O’Malley famously greeted her husband as he left a Fianna Fáil meeting after having been expelled from the party for “conduct unbecoming”.

The couple kissed for the television cameras, and Des joked: “I hope that is not conduct unbecoming.”

Mrs O’Malley voiced concerns about the foundation by her husband of the Progressive Democrats, even threatening to publicly disrupt the launch in late 1985.

She also warned activists that her Des was “difficult”.

Despite this, she was a hugely supportive figure for her famous husband during his political career, and their daughter Fiona O’Malley later followed her father into politics.

“She was always a great support for her husband and family. He was Minister for Justice at a very difficult time,” recalled Ms Teefy.

While Des O’Malley was Justice Minister, Pat and her family were under threat from the IRA, and they developed friendships with the families of the gardaí who protected them, including Jerry McCabe who was murdered by the IRA in Adare in 1996.

When Des O’Malley retired from politics in 2002, the family was based in Dublin.

Pat and Des O’Malley’s daughter, Fiona, later served as a TD and senator.

Fianna Fail leader Michael Martin paid tribute to Pat, who he said was "a constant support to Des’ political campaigns since his first election to Dáil Éireann in 1965.

"During the 1970s when Des was Minister for Justice, Pat suffered as a result of the campaign of intimidation resulting from her husband’s stance on the Provisional IRA.

“A proud Tyrone woman, Pat made Limerick her home, and was embedded in her community in Corbally until she and Des moved to Dublin in 2002.

“On behalf of the Fianna Fáil organisation, I want to express my deepest sympathies to Des, and her children Catherine, Hillary, Maeve, Fiona, Eoin and Des J," he added.

Funeral arrangements for Pat O’Malley have yet to be announced.