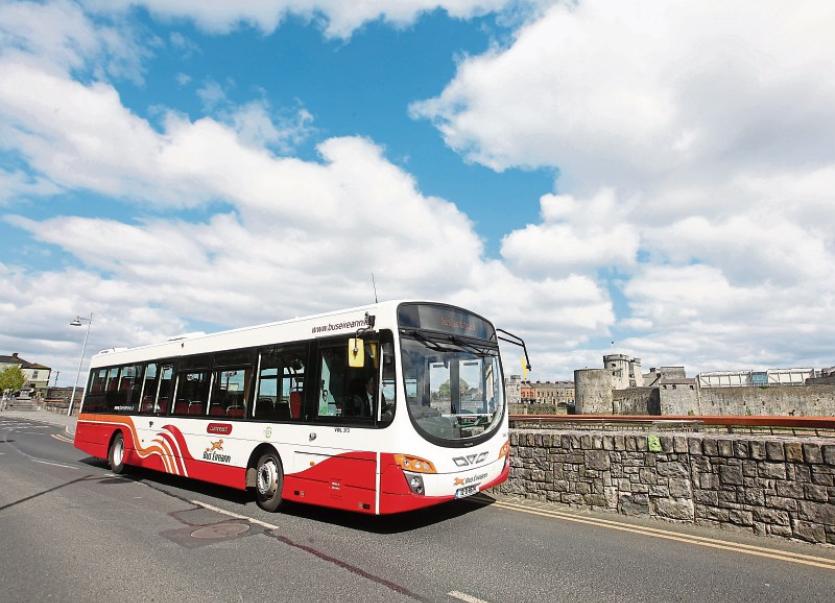 THOUSANDS of commuters in Limerick are facing the prospect of being left without a public transport service later this month if workers at Bus Éireann go on strike as is expected.

Unions representing workers in Limerick and across the country are due to meet in Dublin this Thursday to agree a plan-of-action ahead of February 20 – the date from which company management intends implementing a cost-cutting plan.

Around 50 drivers and inspectors, who are represented by the National Bus and Railworkers' Union were  briefed by union officials at a meeting in the city on Tuesday while Unite, which represents around 20 craft workers at the Bus Éireann depot in the city says its members have voted in favour of industrial action.

“The ballot result reflects the anger felt by Unite members and other Bus Éireann workers at the company’s behaviour during the past number of months, and in particular the past fortnight,” said Willie Quigley, regional organiser with Unite.

While Taoiseach Enda Kenny has called for management and unions to enter talks, Dermot O’ Leary, secretary general of the NBRU, who visited Limerick this week, is calling on Minister for Transport Shane Ross to intervene in the dispute, which is set to come to a head in the coming weeks.

Separately, Senator Paul Gavan this week issued a stark warning on the potential impact to rural bus services in County Limerick if the government does provide additional funds to Bus Éireann.

“Unless Minister for Transport Shane Ross and his government colleagues are forced into a reversal of policy, this government could destroy much of our existing rural bus network,” he said during a debate in the Seanad.

“People living in County Limerick are not only entitled to a well funded bus network, many of them actually depend on these services. This is another example of the callous disregard for rural Ireland by this government,” said the Castleconnell based senator.

The former union official has issued a call to all of Limerick’s public representatives to demand government action to invest in Bus Éireann's transport services for rural Ireland.

He maintained that the current crisis in the State bus company is as a direct result of Government policy.

“The 2011 Fine Gael election manifesto pledged to open up all bus routes to competition, and this has enabled private operators to cherry pick the profitable routes leaving Bus Éireann to carry the full cost of fulfilling its public service obligations (PSO) to rural communities and county towns,” he said.

It is unclear if any services will operate if workers at Bus Éireann engage in a campaign of industrial action.