Donate a Coat project to help the homeless in Limerick 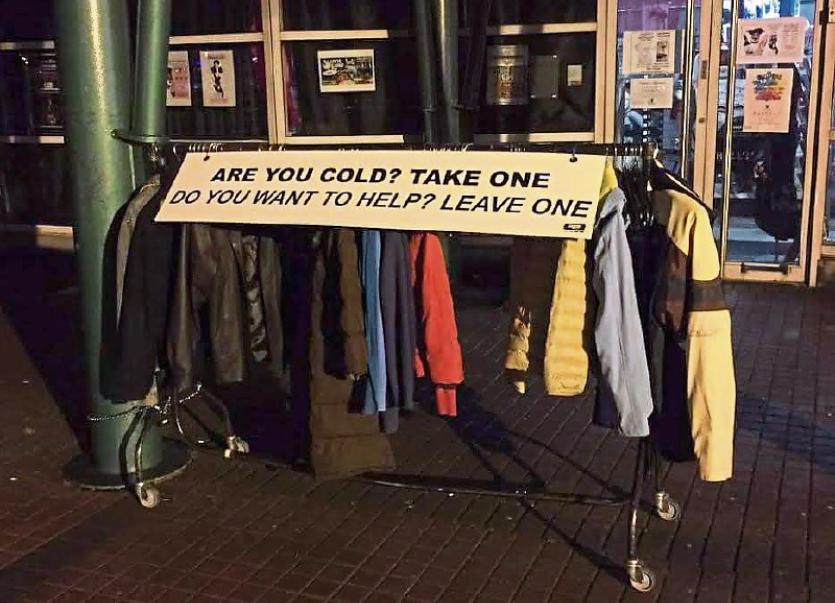 The Donate A Coat initiative outside Chez Le Fab

A PROJECT to help homeless people battling the cold on the streets has been established in Limerick.

The brainchild of local artist Audrey Ryan, Donate A Coat will provide warm outerwear to homeless people in the city.

The project is situated situated outside Chez Le Fab on Patrick Street where a rail with coats will be left.

Members of the local community have been asked to donate any old or unused coats and hang them on the rail. The coats are then available to anyone who is feeling the cold.

The project arrives against the backdrop of a rise in homelessness in Limerick.

In November of 2016 the city was shocked by the death Louise 'BuBu' Casey, a young homeless woman who passed away whilst seeking shelter from the weather in the basement of a derelict building.

With temperatures set to drop again in the coming days, Audrey is hoping the donate a coat project will go some way to helping those most at risk.

People are being asked to keep the area tidy, while the project is ongoing and Audrey is also hoping that the local community will keep an eye on the rail and the coats on it.