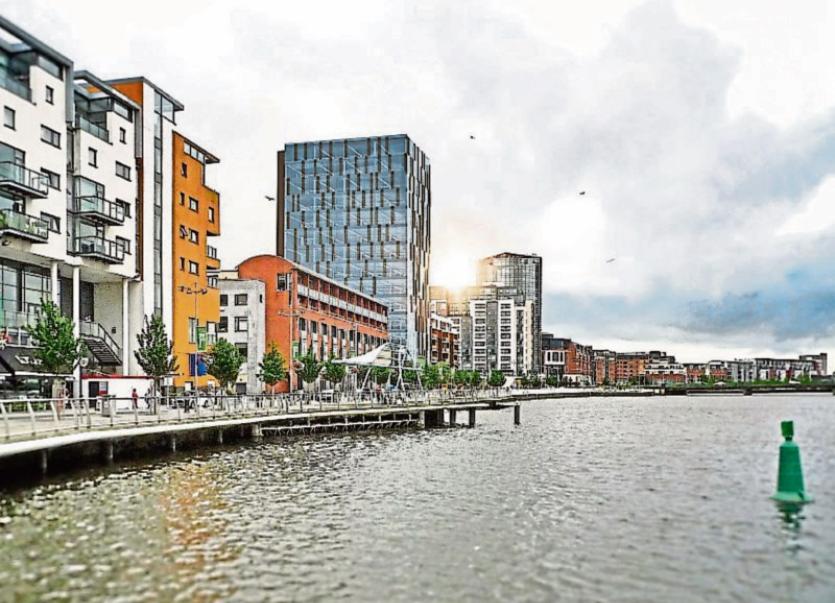 An artists impression of how the riverside development will look

LIMERICK City and County Council has given planning permission for a €40m office block in the heart of the city.

Planners have given the green-light to a towering 14-storey development at Bishop's Quay, which will create 100 construction jobs, as well as 500 permanent roles once complete.

The proposal – spearheaded by developer Rudi Butler – will see some 150,000 square feet of office space, 42 luxury apartments and limited commercial space, including new cafes and restaurant.

Speaking exclusively to the Limerick Leader, Mr Butler said: “I think this could be the kick-start Limerick needs in its redevelopment. I am absolutely thrilled that we have got planning permission to go-ahead with this project. Now it is a matter of trying to get on site as quickly as possible.”

It is understood Mr Butler – son of former city developer Robert Butler – hopes to have the first of the construction staff on site by March – and a number of high-profile companies have already expressed an interest in taking some of the office space in the complex, with rents here cheaper than in Dublin and Cork.

To facilitate the 250,000 square metre development, the former ESB premises at Cecil Street will be demolished, as will the rear annex of the former Bord Na gCon offices adjacent to Henry Street garda station, with the adjoining coach house tastefully renovated.

Ninety underground car parking spaces will be provided, while the existing car park in Henry Street will be replaced with a public plaza.

The luxury apartments will have at their head a roof garden, and gym pavilion, plus a landscaped courtyard.

There were eight objections to the development from local businesses, residents and the Irish Georgian Society, while Limerick City and County Council requested further information on the project back in October.

City and County Council gave the project the go-ahead, subject to 36 conditions.

Among these are a stipulation that the developer shall pay the local authority €551,362 for public infrastructure and facilities benefiting city development.

On top of this, a special contribution of €4,000 has also been sought.

The local authority is also seeking proposals from Mr Butler for a name for the apartment scheme, unit numbering.

Public lighting shall also be provided, while the council are also calling for at least one parking space to be allocated to each residential unit in the scheme. This is because no on-street disc parking will be available to occupants of the tower.

Planners have also included a series of conditions in relation to the conservation of buildings around the complex site, including the Bishop’s Palace at 104 Henry Street, which was constructed around 1775.

Separately, Mr Butler also confirmed Kirkland has received planning permission from Fingal County Council for an extension to the Premier Inn next to Dublin Airport.

This is a 58-bedroom extension costing around €8m.