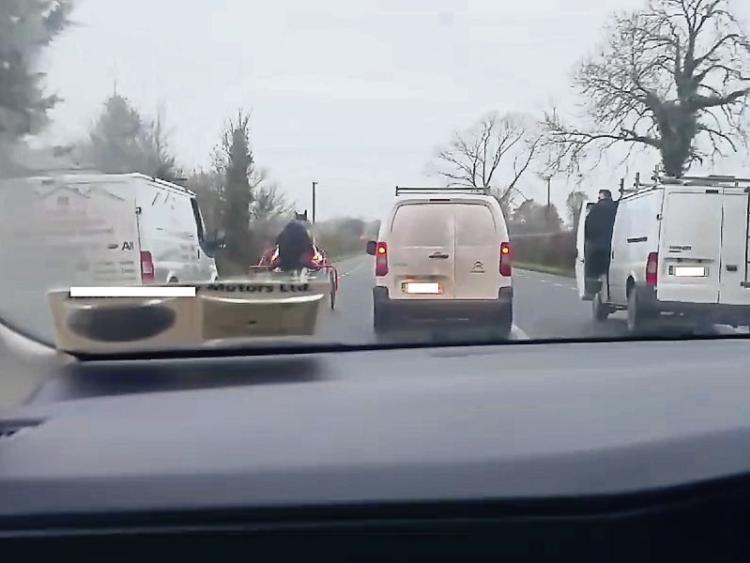 LIMERICK City and County Council is to move to ban sulky racing on its roads.

It comes after an impromptu race caused chaos on the Tipperary Road recently, with the incident captured on mobile phone, and viewed tens of thousands of times.

Speaking at this week’s transport committee meeting, the council’s manager in the metropolitan district Kieran Lehane proposed changing the by-laws to outlaw the horse-and-kart racing.

“Having seen this video, I am satisfied there is a need to act in this area,” he said.

Mayor Kieran O’Hanlon said: “Sulky racing is an affront to civilised society. You could have a family who need to get to hospital in a hurry, and they cannot because someone has chosen to take over the road.”

Head of the Limerick traffic corps, Insp Paul Reidy, Henry Street garda station, warned: “We are waiting for a fatality to occur if we do not take action. This is reckless and hazardous behaviour.”

“The problems are more acute than the racing of a sulky. It is something we need to take very seriously. I see horses left for dead, tied up. It is a bad reflection on us as a city,” he said.

Former detective garda, Cllr Sean Lynch warned of “criminal elements” involved in these sulky races, and said because of the huge sums of cash involved, these horses are in fact “very well fed, and very well bred”.

Limerick is following in the footsteps of Kilkenny County Council which outlawed sulky races 12 months ago.