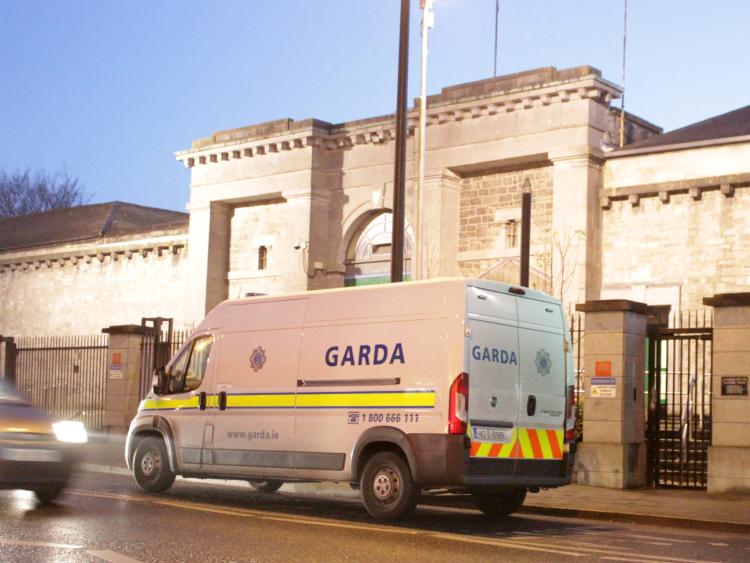 Gardaí were at the scene of the incident this Friday evening Picture: Michael Cowhey

GARDAI are investigating an incident outside Limerick Prison this Friday evening, during which a detainee was injured after a failed attempt to dash for freedom.

According to garda sources, the man had been escorted into the prison when he escaped custody and was knocked down on Mulgrave Street.

“He escaped from custody, went out through the pedestrian gate and made contact with a slow moving vehicle,” a garda spokesperson told the Leader at the scene.

“He lost his footing and tried to get up but was then apprehended by the gardaí,” he added.

The individual has been taken to University Hospital Limerick as a precaution as his injuries are not understood to be serious.

Mulgrave Street was temporarily closed off, and has been reopened since.