James Smith selected as mascot against Wallabies on Saturday 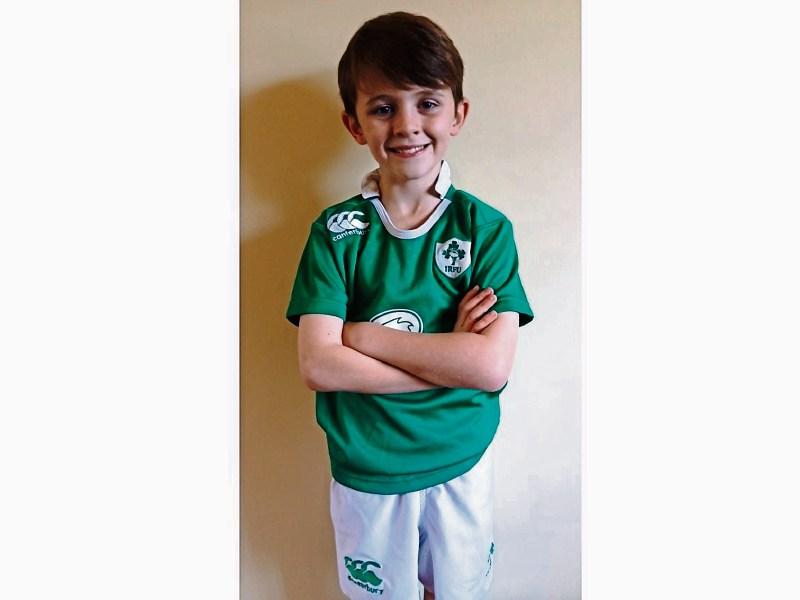 LIMERICK rugby fanatic James Smith has been selected to lead his country out against Australia at the Aviva Stadium this Saturday.

The 9 year old will lead Ireland into battle after being selected from hundreds of possible “mascots” as part of an online competition by Aviva.

The Garryowen FC U-10 player is a self-professed rugby fanatic and has been playing the game since he was 5, regularly attending Munster games at Thomond Park.

For the recent Champions Cup game against Glasgow following Anthony Foley's sad passing, James had ‘Axel’ stitched onto his jersey so he could commemorate the late rugby coach.

James, whose hero is Conor Murray, said he was “so excited to be able to walk out with the team and stand on the Aviva pitch with them”.

His mum Catherine said she was “so excited for James that he gets the opportunity to be the mascot and lead the team on the Aviva pitch.

“He plays rugby all the time and when he is not playing it, he’s watching it and we’ve been on so many trips with him,” she said.

“He’s seen Ireland nearly beat the All-Blacks last time and was at Brian O’Driscoll’s last game too. He was only 5 or 6 years old when he demanded his passport one evening as he said he would need it to go on the Summer Tour with the team. Aviva have made his dreams come true with this prize,” she added of the sponsor of the Aviva Mini Rugby Festivals, which will return in 2017.