'No impact on flow to lower Shannon' from water scheme 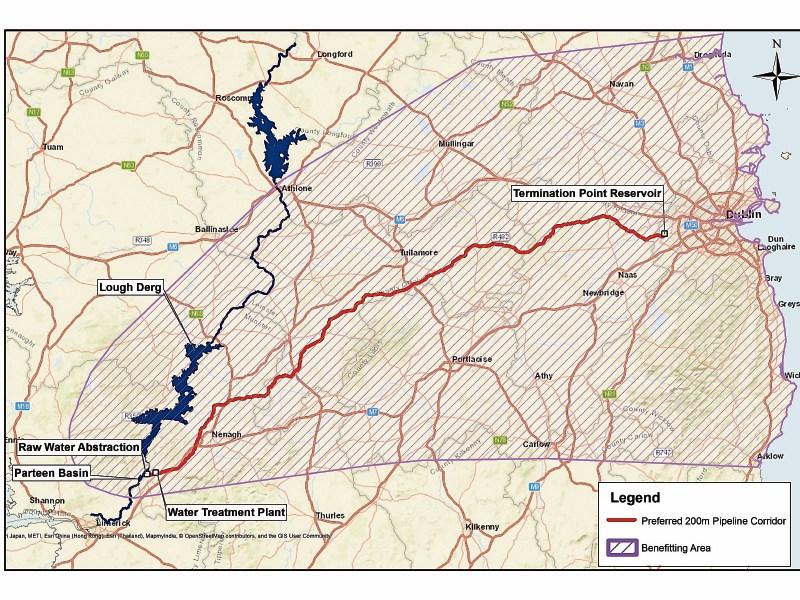 THE MANAGER of the project to supply water from Parteen to Dublin says there will be “no impact on flow to lower River Shannon”.

Gerry Geoghegan was speaking after Irish Water published its final options appraisal report which identifies the preferred scheme for a new source of water supply for the Eastern and Midlands region.

The project comprises the sustainable abstraction of water on the eastern shore of Parteen basin, with water treatment nearby at Birdhill. Treated water would then be piped 170km to a termination point reservoir at Peamount in South County Dublin. Supplies of treated water would be made available to Midland communities along the route from Parteen basin to Dublin.

When complete, the project will be capable of supplying the additional 330 million litres of water per day which will be required by the Eastern and Midlands region by 2050.

No change is being sought to the operating conditions which underpin angling, navigation, or the lake environment and tourism.

“Comprehensive studies including analysis of over 80 years of records showed that the proposed abstraction at Parteen, downstream of the lake, would not impact the flow to the lower Shannon.

“​The statutory compensation water of 10 cubic metres per second spilled from Parteen Weir into the Old River Shannon will remain unchanged and undiminished under this proposal,” he said.

A number of farmers who will be affected by the 170km pipeline have expressed their concerns with the IFA’s Thomas Cooney saying, “They’re talking about a 50 metre working width, that’s about the width of O’Connell Street [in Dublin]”.