125 students from all over Ireland receive certificates 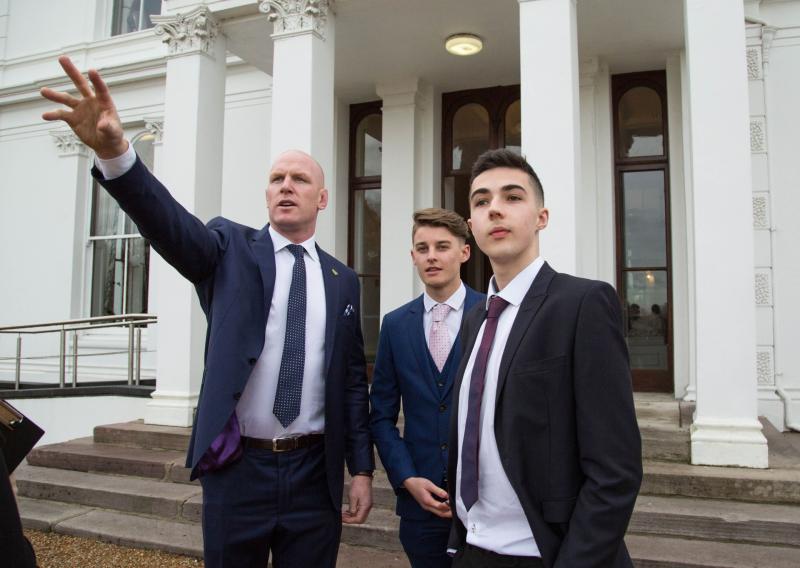 PAUL O’Connell has followed in illustrious footsteps as the special guest speaker at the JP McManus backed All Ireland Scholarship awards.

The Munster and Irish rugby legend joins a cadre of former speakers that includes AP McCoy, Michael O’Leary and Bill Clinton at the event, which was hosted in the University Concert Hall in Limerick this Saturday morning.

125 students from all over Ireland – including three from Limerick – received the prized third level scholarship, awarded to many high achieving students who completed their Leaving Certificate or A Levels in 2014.

Some 1,100 students have received the scholarships over the nine years of the JP McManus scheme, which he has backed to the tune of €30m over ten years and which provides financial assistance to the students over the course of their studies. 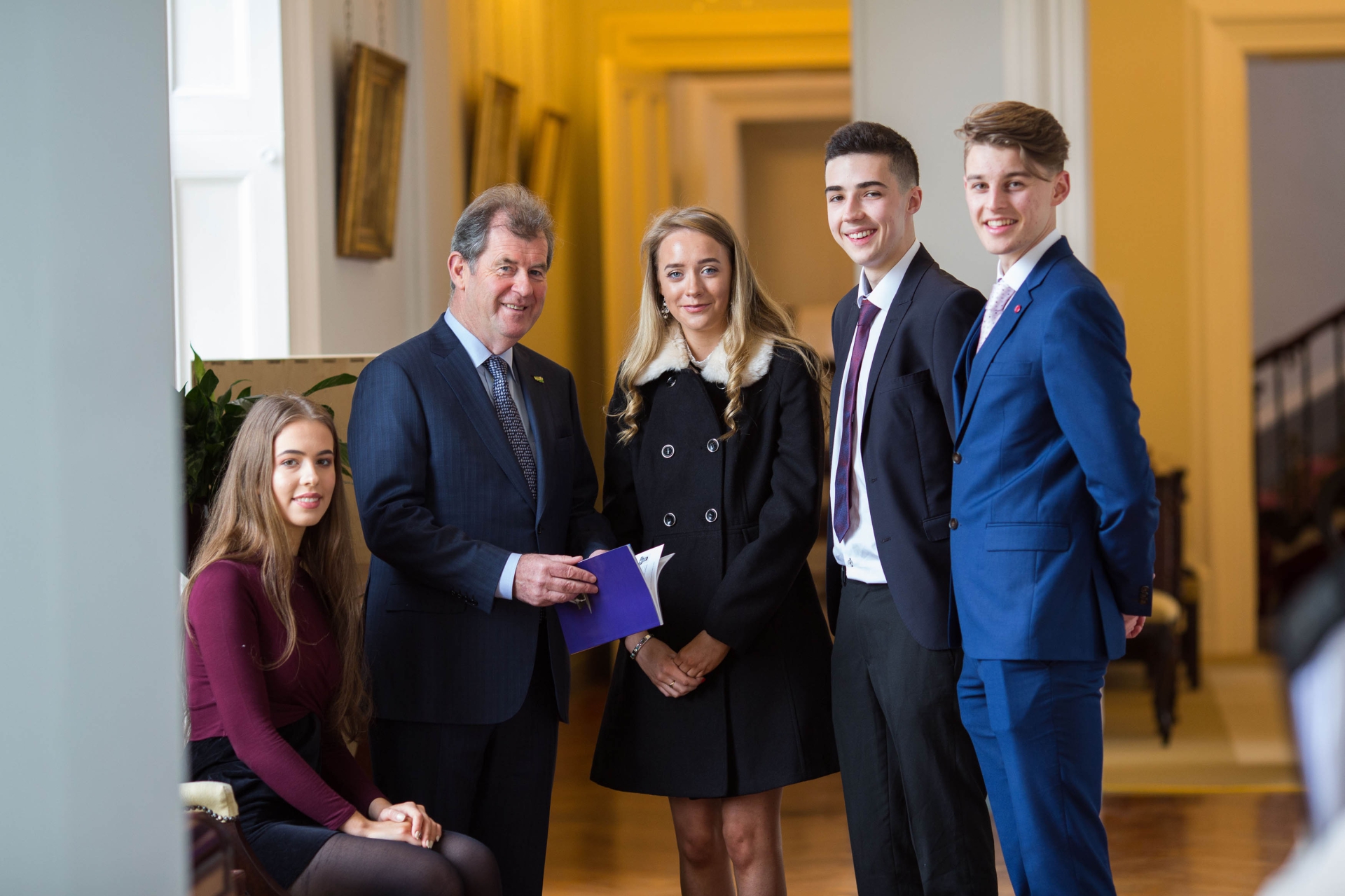 Paul, speaking shortly before addressing the students, their parents and school principals, said that JP’s support for the scheme was “amazing”.

“Look, education, in everything, is the most important thing. In every issue and every walk of life, whether you are a rugby player, the more knowledge you have the better, these kids coming out of school at 18 years of age, to be given the opportunity to go flat out at their studies, to get involved in all sorts of initiatives in their universities, through this scheme, this gives them the leeway to do that, is just fantastic, the opportunity,” he said.

“And it is not just a handful of students, it is well over 1100 students now and there is an alumni as well now, and I just think it a brilliant initiative and a brilliant idea. And very, very simple as well. I think scholarships are just one of the most simple ways of giving back, but they are probably the most effective.”

Joking that a lot of the previous special guest speakers were “wealthier than me”, Paul said he was “really honoured to be asked to do it”.

JP himself told the Limerick Leader that “education is so important in the country, and we have a good education system.

“You get a lot of satisfaction out of it (the scholarships) in the sense that is nice to see so many enthusiastic parents and students, you know and they have been very successful in secondary school and I am sure most of them would have got to college anyway, but maybe a few might not have,” said the Martinstown philanthropist.

“When we look at the results and are told of how well they are doing, it gives us enormous pleasure,” he added.

Three students from Limerick – Geoffrey Keating and Adrian Kehoe from Ardscoil Rís and Eibhlín Halpin from Gaelchoáiste Luimnigh – were part of the 125 awarded the scholarships this Saturday. It is worth €6,750 per year to each student.

Participation in the scholarship scheme in Ireland is confined to those who are exempted from paying the Leaving Certificate Examination fee, or are in receipt of the Educational Maintenance Allowance in Northern Ireland.

- For more, see the print editions of the Limerick Leader next week