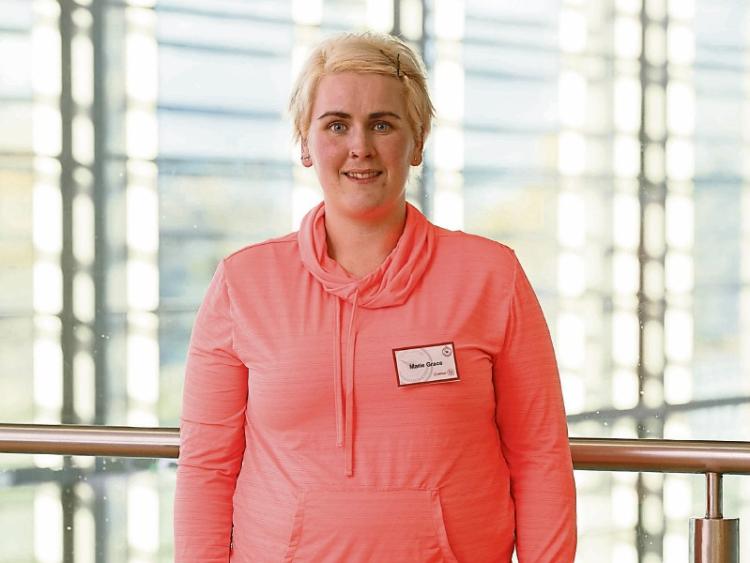 Marie Grace from Pallasgreen is in the running for Operation Transformation

A MUM-of-two, who lives in Pallasgreen, wants to be an Operation Transformation leader so she can run around with her daughters long into the future.

Marie Grace, aged 32, is one of 18 candidates in with a chance to appear on the 10th series of the RTE show. The final five will be chosen next week.

Married to Fergal, they have two daughters -  Lily Mai, aged 3, and Daisy, eight-months-old.

After having Lily Mai, Marie became pregnant again but her waters broke early and she was rushed to hospital. Marie gave birth to a little girl called Michaela, who tragically passed away a few days later on November 18, 2014.

In 2015, Marie became pregnant again and they welcomed youngest daughter Daisy to the world.

Daisy was diagnosed with severe acid reflux and is currently on medication for the condition. Despite medication, the reflux is still a cause of discomfort for Daisy and she regularly screams in pain throughout the night. This has meant that Marie hasn’t had a full night’s sleep since Daisy was born and she and Fergal are constantly exhausted.

Marie's biggest concern is that she will continue to get bigger and won’t be able to run around with the girls.

She and 17 others hopefuls were invited this week to Santry to be physically and emotionally assessed for a possible place in the tenth series.

“It takes a lot of courage to fill in the application form and to be prepared to sign up for the show. They’ve bravely said that they want a change of lifestyle and that is the first important step.

"All of them have decided that 2017 is going to be their year. They are a fantastic bunch of people and I’m certain we will pick five leaders that will inspire and lead the nation to make healthier choices this January."