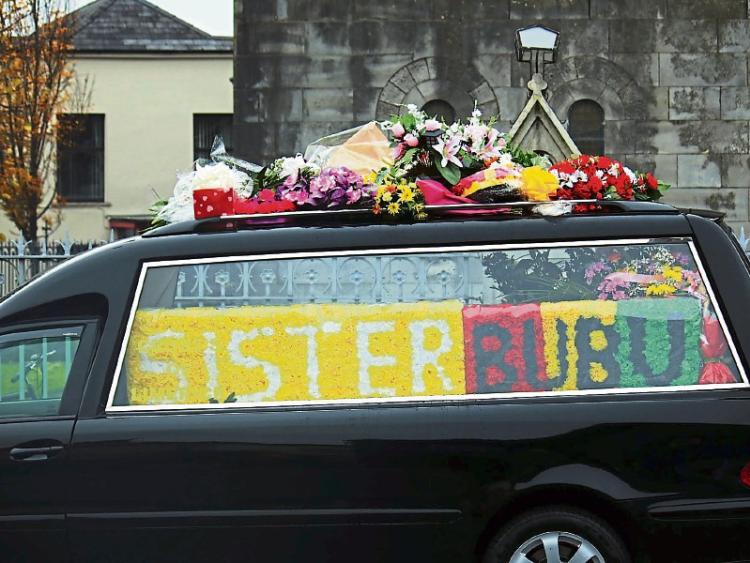 THE sister of a mother who died on the streets of Limerick last week believes that ‘society failed her’.

Louise Casey, 31, from Columcille Street, St Mary's Park, was found dead on Catherine Street on Tuesday last. She was discovered sheltering from the cold beneath a staircase at a derelict building.

Her sister Simone has now spoken out about how, as a family, they had tried everything to help her sister. In an emotional interview Simone said that they believe that the death of their father and two of her four children drove her to drug addiction. An inquest into the cause of her death is awaited.

Her surviving children, aged 10 and three, have been cared for by her family “since she got sick”.

Around the same time that their father Michael passed away eight years ago, Louise’s first child died at four months. A second died one hour after birth.

“Before that Louise was a lovely girl. She was down to earth. She was there the whole time around the family,” said Simone.

“We put Louise in rehab, but she didn’t want to be there. She went into a hostel a number of years ago and then got very sick, and went into ICU in Limerick.

“She spent 13 weeks in hospital. She was very, very ill due to drugs, and we were there with her every single day. She came home to the family home, but she didn’t want to stay around. She wanted to do her own thing.

"Only a month ago she moved out [of her sister’s]. We couldn’t force her to stay. She wasn’t a child. She was an adult. We tried our best for Louise and did everything that we could.”

“Society let her down. If she got into that hostel [that night], she would be here today. She never begged, she never asked anyone for money. We followed Louise around the whole town. She told me she was living with a friend.”

She said she didn’t believe, nor did any family members, that she was sleeping on the street.

“She met the wrong people, and went down the wrong road, and we did our best to get her back,” she said of her life in recent years.

She spoke to her two days before her death, and then Simone and her family heard about a body being found in Limerick through a newspaper but has no idea it was their sister until the gardai came to their house.

She said they have been left heartbroken by both her death, and the level of blame thrown at her family on social media since her passing.

“We tried absolutely everything for her,” she said, overcome with emotional on the Niall Boylan show on Classic Hits 4FM.

Speaking at her funeral mass in St Mary’s Church, Fr Derek Leonard said that he hoped some good would come of her sad passing.

“It is a ​reminder to us to open our eyes to those who are suffering around us. For many of us in Limerick…we pass by people who are homeless and who are living on the streets, and they become invisible to us,” said Fr Leonard.

“Everyone knew Louise as ‘BuBu’. She was the most loving girl in this earth. She adored her two kids and she thought the world of her nieces and nephews,” said her niece Teresa.

“After the passing of her dad and her two babies, BuBu went on different road in life, but she never lost faith in herself.

“She left us all in such a short space of time, but now she is in the hands of god. We hope she’s happy, and that she will watch over us all today and forever more.”

She is pre-deceased by two of her children, her father Michael, and survived by her mother Esther, son Christopher, daughter Jadien, sisters, brother, and extended family and friends.