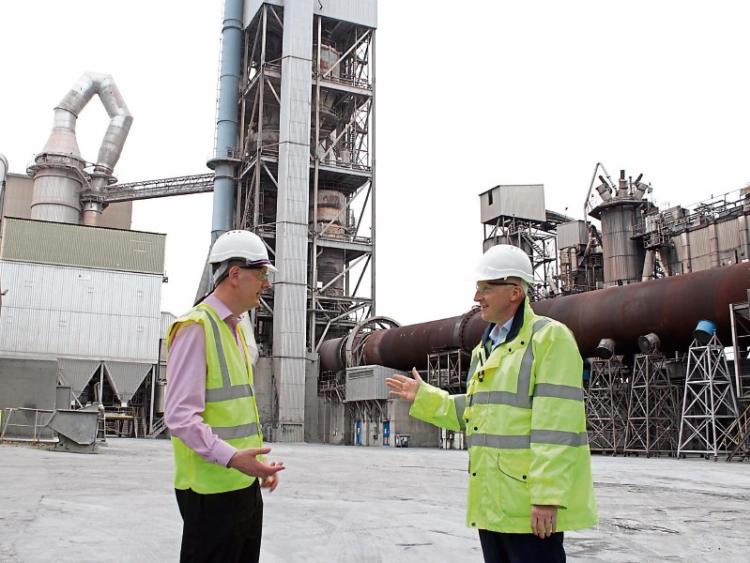 FIANNA Fail TD Willie O’Dea has accused Irish Cement of “an illegitimate and wrongful attempt” to influence a planning decision.

It comes after company bosses indicated that it may not have a long term future in Mungret should its plans to switch to alternative fuels be blocked.

The €10m proposals – which Irish Cement says will secure the future of the 80 staff at the plant – will see fossil fuels gradually phased out over ten years and be replaced with the burning of tyres and waste which would go to landfill.

But the plans have proven unpopular, with more than 1,000 submissions received to the Environmental Protection Agency (EPA) – which would ultimately award Irish Cement the licence to operate – and 80 objections to Limerick City and County Council, which would decide on the physical infrastructure.

The concerns mainly relate to health and safety issues, with fears burning the fuels will produce a number of toxic emissions including dioxins and furans.

The firm’s head of communications Brian Gilmore said: “Without this move to improve the sustainability of the plant, the jobs would be significantly at risk.”

The comments have sparked a backlash, with Mr O’Dea accusing the company of adopting a “threatening tone”, while Sinn Fein councillor Malachy McCreesh added: “Using the threat of job losses at the plant is not the best way to communicate reassurance to the general public with regard to their genuine health and safety concerns.”

“The comments are a bit over the top. It is almost like in a law case, influencing the jury by commenting in the public press. I think the objections are very valid. I have spoken to a lot of people, and they are genuinely worried,” Mr O’Dea said.

Cllr McCreesh reiterated calls for a public consultation meeting – something Irish Cement have resisted, saying people’s concerns are better addressed by taking small groups around the plant to demonstrate what goes on.

“Although Irish Cement state no toxic emissions will be emitted from the plant, using the alternate waste material and the existing filter control process will not have to deal with new types of emissions, the families of young children need to be presented with data that will confirm these assertions,” he said.

An Irish Cement spokesperson has stressed that the new process does not involve incineration, as many objectors have stated.

Mr Gilmore said the firm remains “fully committed” to the Limerick operation, and the application is “the next logical investment” for the factory.

“Securing the jobs at the factory has been a consistent message since this project was first announced to our neighbours and local councillors back in late 2015,” he added.