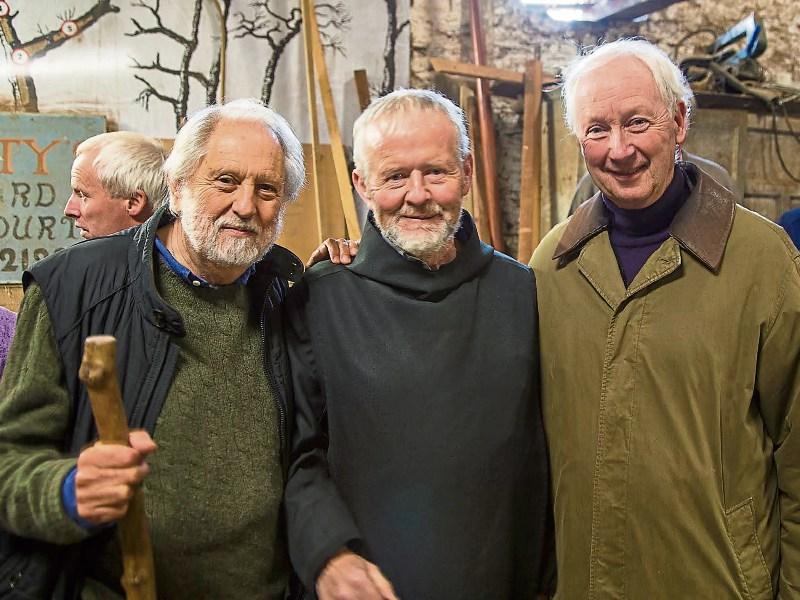 OSCAR winning producer Lord David Puttnam has praised the efforts of an enterprising group in Limerick, which has invested more than 20,000 hours in restoring a historic wooden sailing vessel.

To mark a significant milestone in the boat rebuilding project of the AK Ilen  in bringing Ireland’s sole surviving wooden sailing ship back to life, a ceremony was held at the weekend in Cork, where Lord Puttnam resides.

The AK Ilen was famously sailed to the Falklands Islands by Conor O’Brien, an Oxford-educated Limerickman and the first Irishman to circumnavigate the globe, in 1927. Seven decades later another son of Limerick, Gary MacMahon, a sailor himself, flew to the Falklands and purchased this piece of living history, with a capacity of 43 tonnes.

Since then some 20,000 hours have been invested in restoring the ship to its former glory by over 20 volunteers and a group of skilled tradesmen and boat builders from around the world, through Ilen School & Network for Wooden Boat Building in Roxboro, which opened in 2008.

Brother Anthony Keane, of Glenstal Abbey, a key promoter of the Ilen Project, officiated at the ceremony and said that what has been achieved so far showed that there was not alone a great work ethic in the Ilen Project but also a spiritual commitment to the work being done.

“This is an amazing act of faith and commitment come to fruition. It is heading for the sea, like a salmon, and it will not be stopped, even if some of the financial people have still to solve their problems of calculus and apply their mathematics,” said Br Keane.

Guest speaker Lord Puttnam said that “the project underlined what could be done by a determined community, a community that could make their decisions for themselves, not to be dependent upon others beyond their community, but to be self-sufficient, and the project of the Ilen showed that.”

Dr Edward Walsh, the founding president of the University of Limerick, told of how he had at the outset of the project urged those involved “go ahead and buy the boat” and “pretend” that the money was there. Following Saturday’s decking-out ceremony, Gary MacMahon, of the school, said while the ship has been restored to its 1927 state, there is much work left to be done.