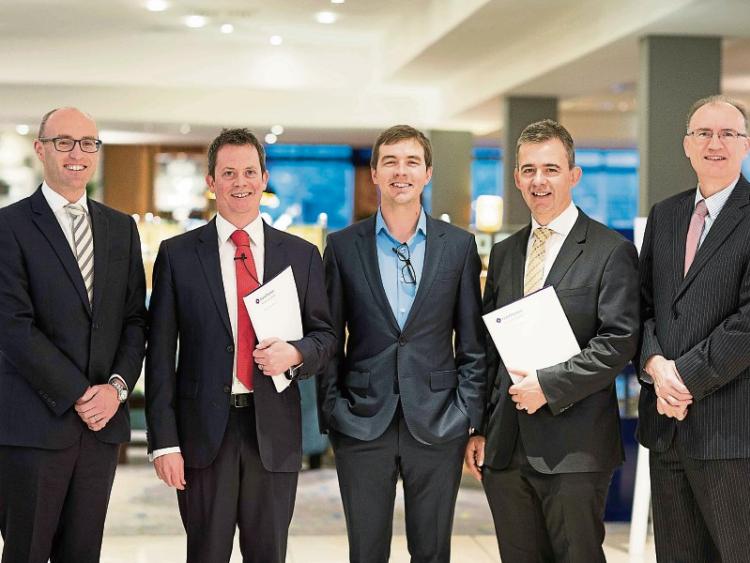 A LEADING Limerick economist has described the government’s flagship budgetary measure, the Help To Buy scheme, as “bananas”.

Finance Minister Michael Noonan this week revealed a new income tax rebate of up to five per cent for first time buyers of homes values of up to €400,000.

In effect, this means the maximum break which can be gained on this is €20,000.

Addressing a Shannon Chamber/Grant Thornton business breakfast at the Radisson Blu Hotel this Wednesday, Dr Stephen Kinsella described the measure as “bananas. The government have employed a poor measure to increase demand.

“We don’t even know the details of this thing yet. What it has really done is infect everyone with positive expectations. People will just increase their prices,” he added.

Dr Kinsella, who is based at University of Limerick’s Kemmy Business School, also warned at the government’s current approach on capital expenditure.

“We don’t know how to do capital expenditure. But we are putting €5bn into it. We think if we deliver €5bn to five different areas, we can solve problems. But in this country, we cannot take one thing and fix it, because every single competing interest has to have their stake in first,” he said.

To illustrate this, he said the biggest problem the country is facing is homelessness.

“Yet who did we give money to in this budget? Everyone,” he said, “With a country of 4.68m people, you’re not going to generate enough capital expenditure to change things unless you prioritise and do one thing after another. Unfortunately we have a system that does not allow it.”

Dr Kinsella said the €497m increase in spend in the health budget will not solve any problems, adding: “We have the most expensive health system in the OECD with the worst outcomes in the OECD and we just gave it more money. If you think that €1bn on top of €13bn is going to fix the health system, you’re wrong. It’s not the money which is the problem, it’s the structures, and no-one is addressing this at all.”

“Politics has trumped economics. The system we have provides for centrist, non-controversial outcomes like an extra €5 on benefits. These cautious things answer the question of what little bit do I get, but it never answers the question of where we want to be,” Dr Kinsella concluded.