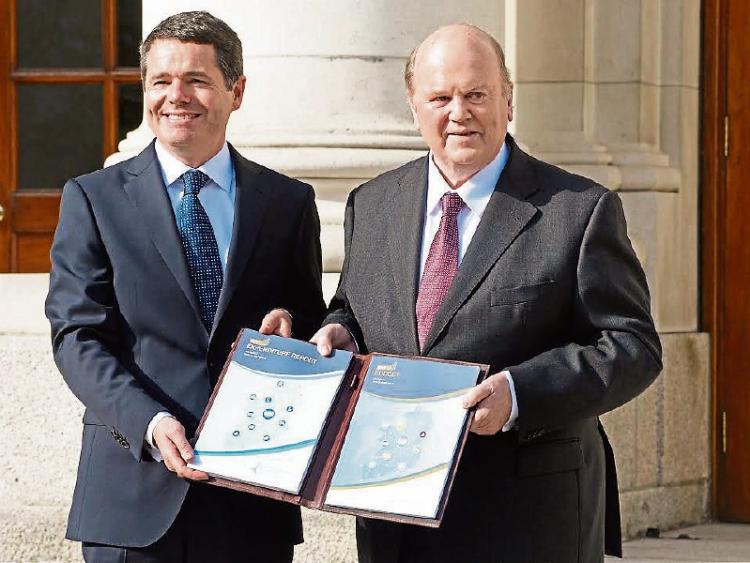 FURTHER cuts to the Universal Social Charge (USC), increases to various benefits, pension rises, and help to buy schemes are all features of Budget 2017.

Limerick TD Michael Noonan delivered the first budget of his second term – and sixth overall since 2011 – as Finance Minister this Tuesday, worth some €1.3bn.

Just one tax increase was announced, a 50c rise in the excise on a packet of 20 cigarettes.

The rise – which will come into effect at midnight tonight – means a standard packet of cigarettes will break €11.

But there are no increases in the duty on alcohol, petrol and diesel.

Mr Noonan’s cabinet colleague, the Minister for Public Expenditure and Reform Paschal Donohoe announced that the state pension will rise by €5 from March.

Meanwhile, there will also be an increase of the same amount in all benefits, including the carers allowance, and job seekers allowance for people on social welfare.

The Christmas bonus for people on social welfare will also rise to 85%.

Mr Donohoe pledged 47,000 new social houses will be built by 2021, with an additional €105m to allow 15,000 more households to avail of the Housing Assistance Payments scheme (Hap).

In childcare, Early Years funding is to rise by 35% to €465m, while the New Single Affordable Childcare Scheme from September 2017 will cover children between six months and 15 years and universal subsidies for all children aged six months to three years.

Elsewhere, Mr Noonan announced the lower three Universal Social Charge rate will be reduced by 0.5% at the ceilings of 1%, 3% and 5.5%.

Almost €500m extra is being spent on healthcare, a move which will see the medical card eligibility increased to all children in receipt of the domiciliary care allowance.

The cap on prescription charges for over 70s will be cut to €70 from next March.

Some 4,500 extra public sector staff will be taken on, including 800 gardai, with accelerated recruitment of civilian staff.

A further 43,000 people will also return to work, the Finance Minister added.

“It is our collective duty to protect that growth because it is the best way to continue repairing the damage done to our economy in the past and to ensure that we can look forward to a new Ireland with an equitable tax system that provides sustainable funding for efficient and effective world class public services,” he added.