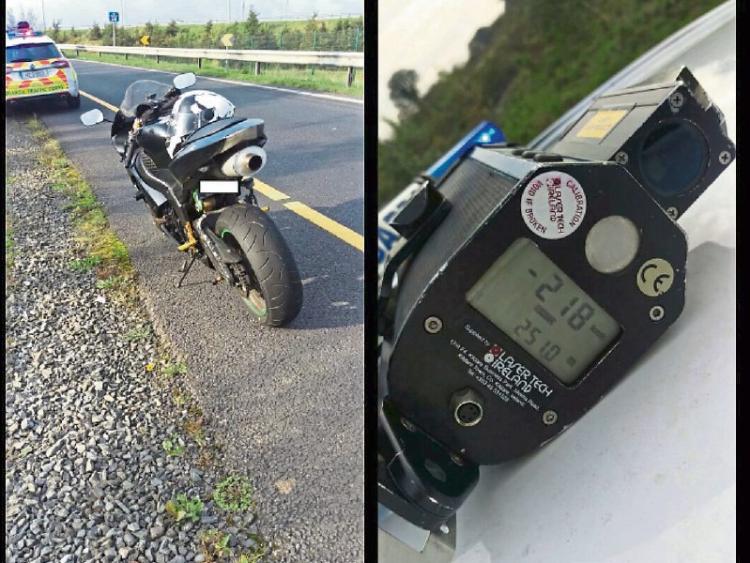 A MOTORCYCLIST who was caught travelling almost 100kph above the speed limit faces prosecution for dangerous driving.

Details of the incident which happened on the M20 motorway over the weekend have been posted on the official @gardatraffic Twitter account.

A photograph of the offending vehicle suggests the offence was detected on the northbound lane of the motorway at the Patrickswell exit – close to where a three year old girl died in an accident last month.

A garda spokesperson confirmed the incident happened on Sunday afternoon and that the driver was released on bail pending a court appearance later this week.

If convicted of dangerous driving, the motorcyclist faces an automatic disqualification.