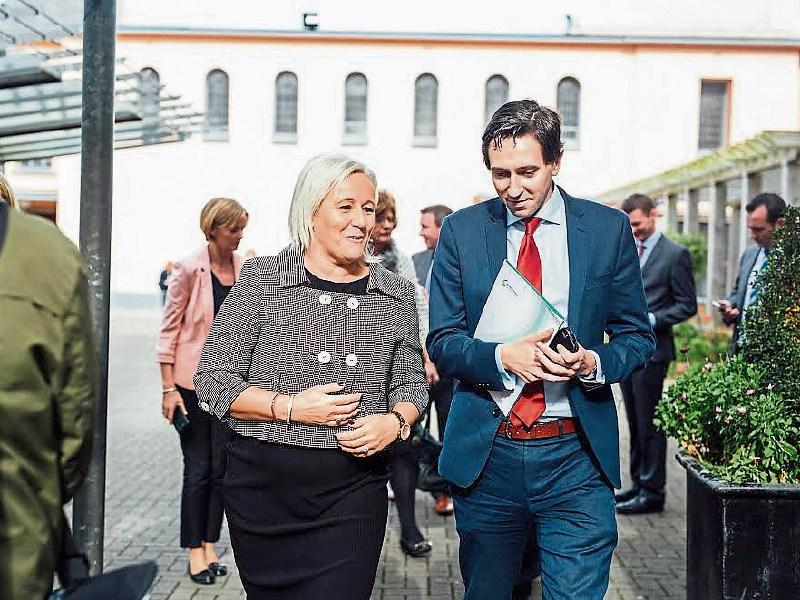 A NEW “state-of-the-art” €16.5m complex was launched at University Hospital Limerick by Minister for Health Simon Harris on Friday afternoon.

“It is a pleasure to see for myself the greatly enhanced care being provided to patients in such a cutting-edge clinical environment. The Leben Building is a great example of what is achievable when the public system works in tandem with charitable partners,” he stated.

Minister Harris added: “That spirit of partnership will assist people living with CF to have improved care pathways and a clinical environment that offers the gold standard in infection prevention and control.

“It will also ensure patients who have a diagnosis of or concern over breast disease will now have greater privacy and comfort; with the consultations, diagnostic investigations, prosthetic fitting rooms and minor surgical procedures all taking place under one roof in a bright and welcoming area that is truly patient-centred.”

Patricia Duffy Barber, chairperson of Cystic Fibrosis Ireland, said that the two new units will make a “huge difference” for cystic fibrosis patients in the area.

UL Hospitals Group CEO, Colette Cowan said that it was a “red-letter” day for everybody involved in the new development.

“We are hugely grateful to our charitable partners who have put in tremendous effort over many years to bring this day about.”

Minister Harris said that the new A&E, which is due to open next May, “is and will remain a priority for this Government”.