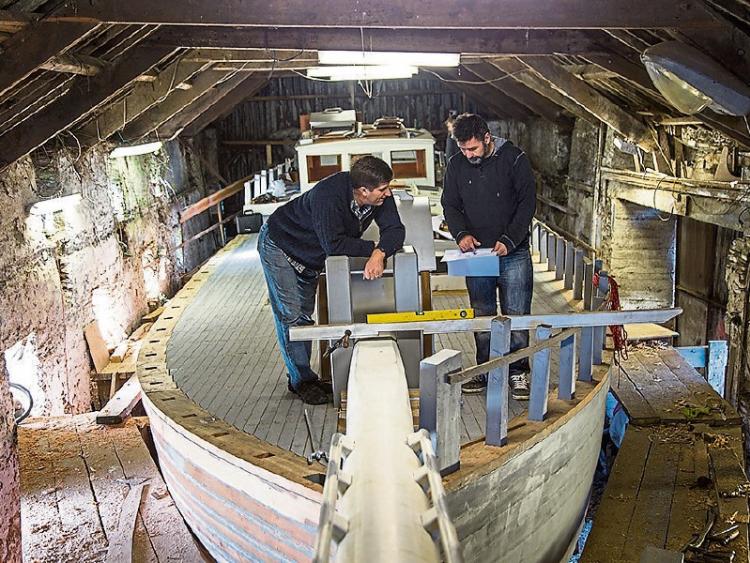 The Ilen was attended to by a team of boatwrights, keen to finish the laying of her new deck, and delivering a new bowsprit

WORK is progressing on restoring the AK Ilen in the boat-building school in Roxboro, which could soon return to the seas.

The famous vessel was sailed to the Falklands Islands by Conor O’Brien, an Oxford-educated Limerickman and the first Irishman to circumnavigate the globe, in 1927.

Since 1998, after thousands of hours of restoring the ship to its former glory, the project has also seen waves of success, breeding life into Ilen School & Network for Wooden Boat Building in Roxboro, which opened in 2008.

Since its acquisition, it is the boat-building school itself that has really set sail, counting as many as 60 students a week, coming from across the country and as far away as Brazil, New Zealand, Maine in the US, and Greece, working on all types of fleets.