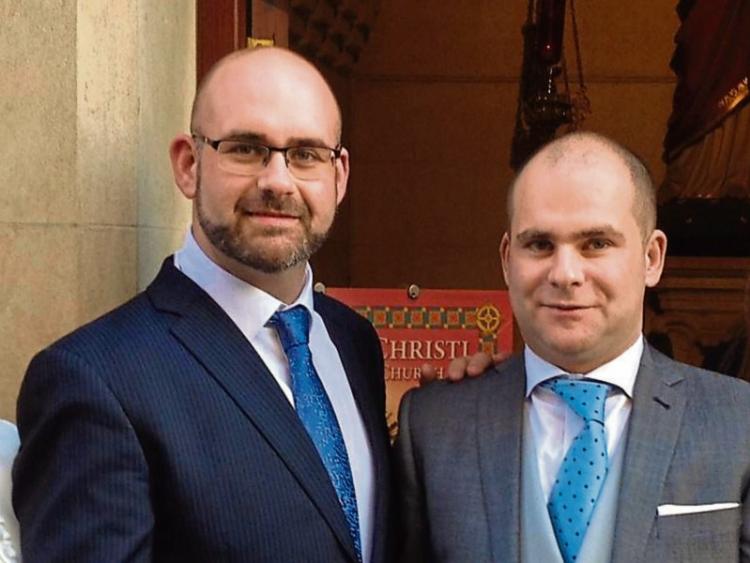 THE GILHOOLY brothers from Lisnagry keep striking the right chords both at home and abroad.

Last week, John was presented with the Cross of the Order of Merit of the Federal Republic of Germany. The director of Wigmore Hall received the honor in recognition of his “tireless services in the field of music and musical exchange as a bridge between two nations”.

Ambassador Peter Ammon said there was “hardly any contemporary German composer, conductor or classical musician who cannot look back with gratitude upon your active support in establishing them in London’s crowded music scene”.

It is the latest accolade for John, who also has an OBE, has been honoured in Finland with the rank of Knight of the Order of The White Rose and is listed in the Sunday Times Most Influential People in Britain in 2016.

Back in Lisnagry, Owen’s Mid-West Vocal Academy and Music School continues to go from strength to strength. Janet Harbison’s Irish Harp Centre has moved there from nearby Castleconnell and is now working in partnership with the renowned tenor.

“After 14 wonderful and rewarding years at the Old Schoolhouse in Castleconnell, a new era starts – still guided by me but in a new partnership that holds very exciting plans for the future,” she said.

While Dr Janet Harbison has moved home to London, she returns to Ireland this week to take up a new post at the University of Ulster in Derry and to attend the new Harp Centre at the Mid-West Vocal Academy in Lisnagry every three weekends.

For more information, please call Rachel on 083 465 9415 or email Rachel@owengilhooly.com.