Ice, mud and lots of smiles at Adare to Survive

Over 1,200 competitors from all over the country take part in Clonshire 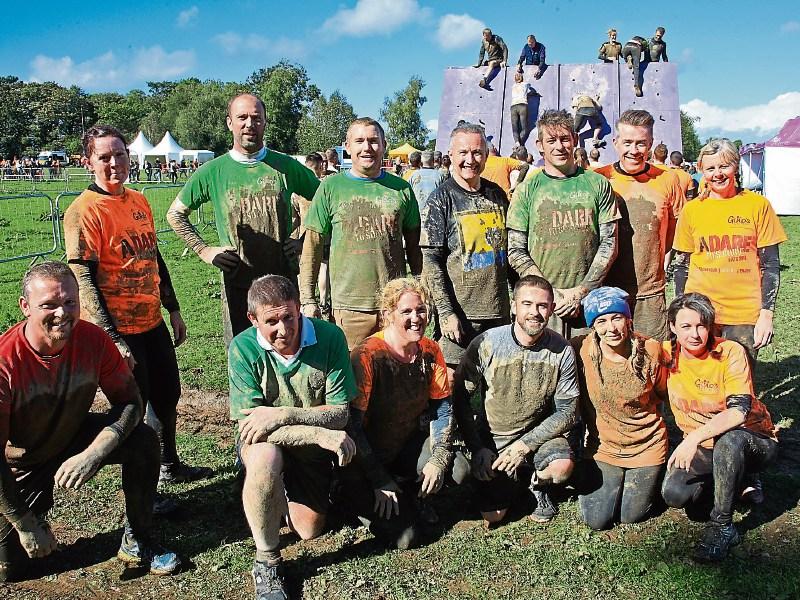 Organiser Ray Nash said everything ran smoothly and they were delighted with the turnout for the event. “We had great numbers and everybody had a good day,” he said.

“We had people coming from as far as Athlone, Kilkenny, Sligo, Dingle, lots from Clare and of course Limerick. A lot of people came Saturday night and stayed in the area, which is great,” he added.

A large number of those taking part did so as part of the Cliona’s Foundation ‘purple brigade’, raising money for the Limerick-based children’s charity while also enjoying the challenge of taking part.

This year saw the introduction of a 15k course in addition to the standard 7.5k distance – a new challenge which Ray said those who opted to take part really enjoyed and which they intend to push again next year.

Among the more talked-about obstacles were the dreaded mud pit and the monkey bars suspended from a Crane provided by O’Carroll Crane Hire.

Mr Nash thanked the Limerick County Hunt for allowing its land to be used for the event.

“Along with all the help we get from everyone and, of course, the participants themselves, the venue is fundamental to the success of the event,” he said.

He also thanked all the event sponsors and those who helped out in any way.

Following the clean-up operation which will continue through this weekend, the team will begin planning for next year’s Adare to Survive, scheduled to take place on September 24 2017. Videos of this year’s event can be seen on the Adare to Survive Facebook page and on www.adaretosurvive.com