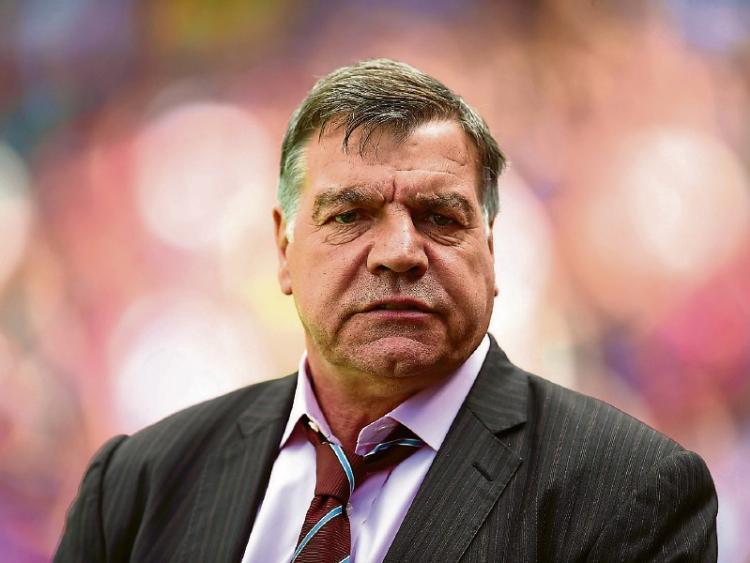 Resignation: Sam Allardyce, who was caught in a Daily Telegraph sting this week

SAM Allardyce’s former assistant manager at Limerick FC Billy Kinnane says he is “gutted” at his resignation as England boss.

Mr Allardyce resigned as manager of England after just one game in charge after he was caught advising undercover journalists posing as businessmen how to circumvent player transfer rules.

Speaking to the Limerick Leader, Mr Kinnane said: “It was the only job he ever wanted after enjoying a successful league career. As he said, entrapment has won out basically. But at the end of the day, he was very naive.”

The Henry Street businessman believes ‘Big Sam’ – who led the Super Blues to the first division title in 1991/92 – has been treated harshly by the English FA.

“He received no money, he did no wrong. Perhaps his comments did not go down too well with the FA. I listened to a show last night on [BBC] Radio Five Live, where a lot of people were telephoning in support of him. This is the man on the street, the person who follows the England soccer team. They were all saying he should have kept his job,” he said.

And Mr Kinnane thinks had that happened, the former Sunderland and West Ham boss would have done very well for England, who have flattered to deceive at major tournaments in recent times.

Speaking to reporters this Wednesday outside his home, Mr Allardyce would not be drawn on whether he would make a return to club management.

But his former right-hand man thinks it is only a matter of time.

“It is in his blood, in his DNA, and he will not want to go out with this ending. He will want to go and set the record books straight,” he said.

Mayor of Limerick Cllr Kieran O’Hanlon said: “The circumstances are very disappointing, and I feel a lot of his supporters in Limerick will feel very let down. I’m sure it is very difficult for him. The soccer fraternity in Limerick admired him very much and were delighted when he got the job as manager of the England soccer team.”

An idea had been mooted to invite Mr Allardyce to the city for a mayoral reception.

However, the invite was never sent, and it is likely the idea will now be dropped for the time being.

Mr Allardyce’s only game in charge of England resulted in a last minute 1-0 win away to Slovakia.

His reign is the shortest of any England manager ever, at just 67 days.