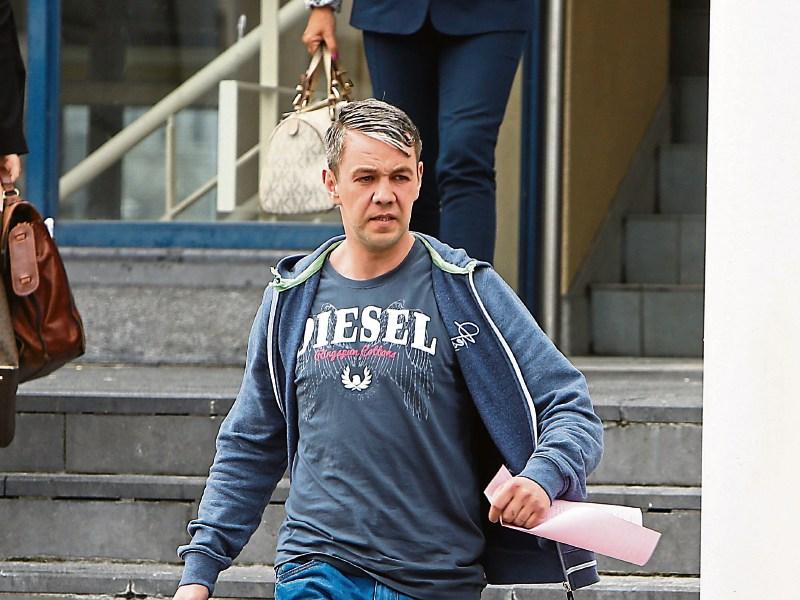 A Limerick city man who allegedly had a Stanley knife in his pocket while in breach of a court-ordered curfew has been refused bail.

Liam Keane, aged 32, who has an address at Singland Gardens, Ballysimon is charged with unlawful possession of the knife at Reidy Court, Garryowen shortly after midnight this Thursday.

At Limerick District Court this evening, Garda John Sheehan alleged the green-handled knife was located in one of Mr Keane’s pockets when he was searched shortly after he was observed walking with another man.

Opposing bail, he said he did not believe Mr Keane would abide by any conditions imposed by the court if released.

Judge Marian O’Leary was told the defendant is currently on bail in relation to a separate matter and that the alleged incident happened at a time covered by curfew.

Sergeant Donal Cronin indicated that a formal application to revoke Mr Keane’s bail is likely to be made in the near future.

Gardai Sheehan agreed with solicitor Tom Kiely that the defendant told gardai he was out “cooling off” following a row with his girlfriend and that he stated he did not realise he had the blade in his pocket.

However, the witness said he did not believe Mr Keane’s assertion and that he was satisfied he did not have a lawful reason to have the knife.

Mr Kiely submitted the case is likely to be dealt with in the district court and he said it would be “unfair” to deprive his client of his liberty in the circumstances.

Judge O’Leary upheld the garda objection and remanded Mr Keane in custody until Tuesday next, September 27.