Over €5,000 raised for family of mum of triplets who died

WOMEN'S MINI MARATHON:  RACE ON OCTOBER 30 TO BE HELD IN MEMORY OF GEMMA CARCATERRA 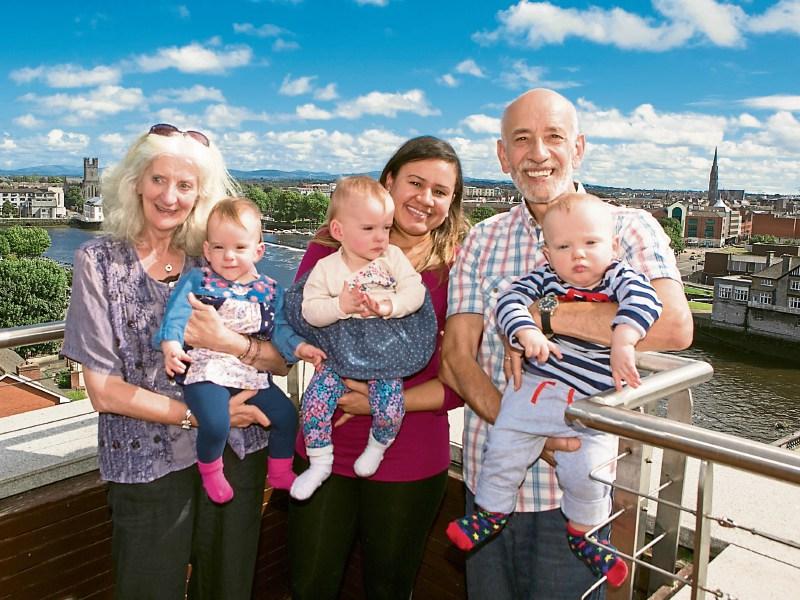 OVER €5,000 has been raised to help the family of Gemma Carcaterra, a mother of triplets who died suddenly just five months after their birth.

The upcoming Cook Medical Women’s Mini Marathon will be held in her memory, and more than 3,000 participants are expected to take part in the popular race in Limerick on Sunday, October 30.

Now in its 18th year the event which is used as a fundraising event for many charities will once again offer two distances, a 5km and a 10km course.

Gemma, 42, was a keen runner and actively participated in many running events in Limerick, taking part in the 2015 Women’s Mini Marathon less than three months after her triplets were born.

She was formerly director of the now defunct Daghda Dance Company in Limerick for nearly four years, later moving to work for Glor theatre in Ennis, and a founding member of the Tri-Hards running group in the city.

She died suddenly this February and her running friends, known as the Leggy Ladies, are fundraising in her honour with a special ‘Gemma’s little stars’ fundraising page being set up on the official event website www.LimerickMiniMarathon.com

There has been an upsurge in donations since the run was officially launched last week, and contributions can be made via gofundme.com/Gemmastribute

Some 200 people have made contributions to the fund in the past seven months, and a fundraising target of €10,000 has been set by her friends.

Gemma, who was a native of Wolverhampton in England, will also be remembered with three stars on the back of every commemorative t-shirt that will be given to all registered participants in the race.

“All of us who were lucky enough to call this extraordinary lady and bright ray of sunshine our friend were devastated by her untimely passing,” said Laura Ryan, a member of Gemma’s running group.

“Gemma's energy and positivity was infectious, she was always smiling and her sunny disposition was reflected in her trademark bright running gear.

“We all miss her greatly, the motivation on long runs, the chats, the laughs, the coffees after training but mostly her warm, friendly face and love for life. We were all so privileged to call her our friend and we’re delighted that the Cook Medical Women’s Mini Marathon is being run in her honour this year.”

The run is also the main fundraising event for Limerick Athletic Club. Tim Crowe, president of Limerick AC, said that they are delighted to see this event growing year on year, with over 700 women already registered. “Funds from this event allow us to grow our full athletics program each year, so it is vital to the ongoing development for our club,” said Mr Crowe. The race is not chip timed, and there is a standard entry fee of €22. Early registrations are encouraged as the event is limited to 3,000 places.

“The message is to register early at www.limerickminimarathon.com to avoid disappointment. This event will be the headline event of the October Bank Holiday weekend and which promises to be another great weekend for Limerick,” said organiser John Cleary.