A first and last day at Limerick school 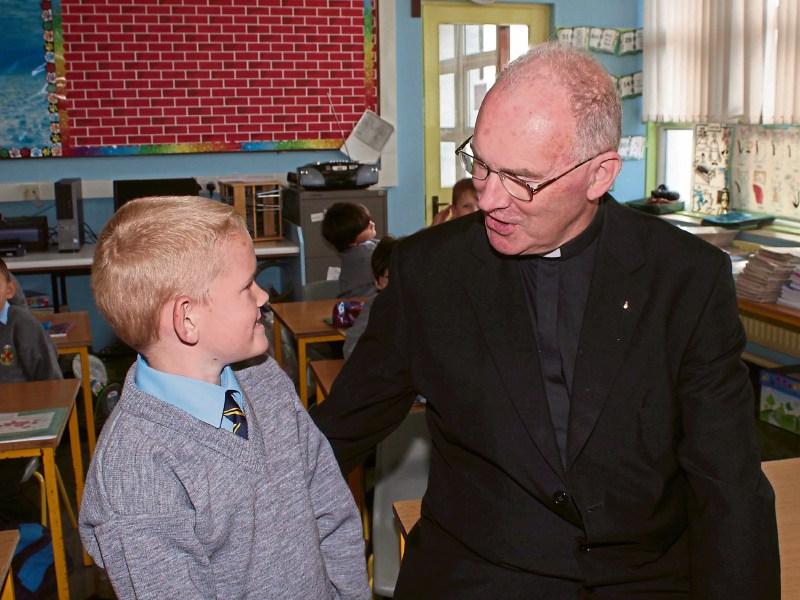 WHILE thousands of boys and girls across County Limerick started school this week it was the last day in a classroom for the longest serving teacher in the country – Br James L Dormer.

After 46 years in front of a black, and now whiteboard, he retired as principal of Doon CBS Primary School this Wednesday.

It means there are no Christian Brothers teaching in County Limerick anymore or as principal of a primary school in the whole country.

Br Dormer posed for a photo to mark the historic occasion with the youngest boy in the school – Liam Ryan, aged 7, from Castlegarde.

It is the first time since the Christian Brothers came to Doon 142 years ago that a lay person – Joanne O’Connell – is principal.

“When I announced my retirement some people were surprised, but having passed my 65th birthday, there was no choice in the matter, life moves on,” said Br Dormer. Indeed, when he started teaching at just 19 his teaching staff and parents - of the 12 new pupils that entered the school this week - weren’t even born.

“I hope I have made a positive difference in some people’s lives. It is a wonderful profession – you are moulding the youth of future generations,” said Br Dormer, who has taught in Doon since 1993.

As the boys come into the CBS Primary School in second class there was no fear of them. And the same goes for the small ones in Scoil Mocheallog, who enjoyed their first day on Tuesday.

One of two junior infants teachers at the school, Danielle Lewis, said: “They were all fine. One of two of them had a small few tears but not for long. There were one or two emotional mammies.”

A total of 43 started on Tuesday. This year’s junior infants classes are the last to begin their primary school education in the current school building. A state-of-the-art new school is expected to open between the end of December and mid-January.