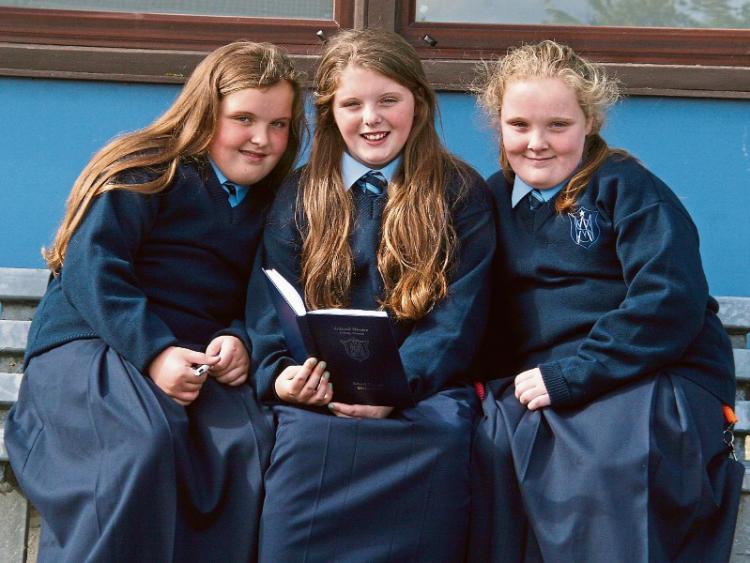 THERE was a sense of Déjà vu for Limerick sisters Joanne, Rachel and Deirdre Cross last Friday as they started their first day at Ardscoil Mhuire in Corbally. 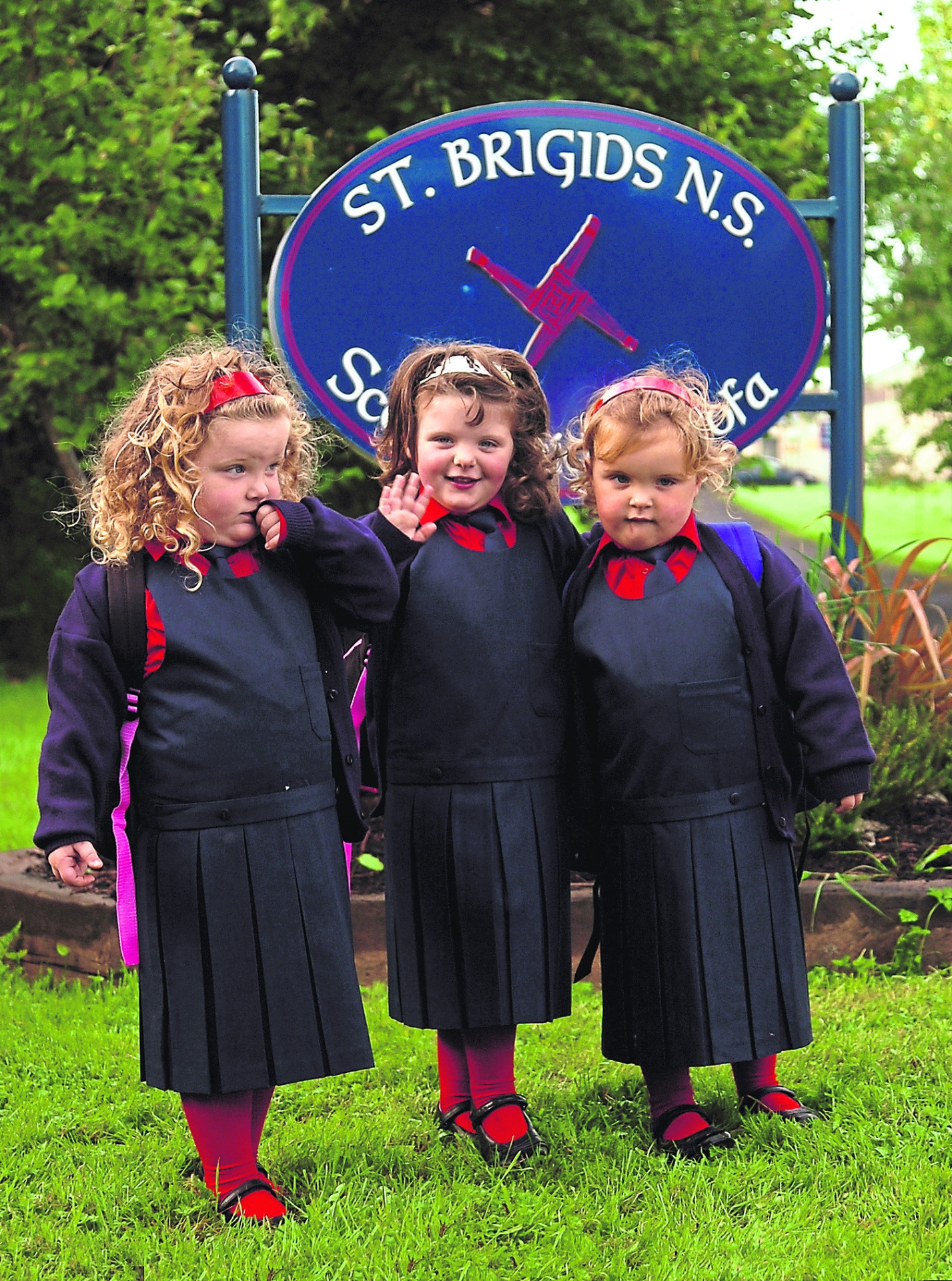 “It’s a big change, we have more teachers and new subjects and moving around to each classroom is a lot different,” said Joanne who hopes to be a teacher when she grows up.

While posing for photographs after finishing their first (half) day at Ardscoil Mhuire, Deirdre revealed she wants to be a lawyer while Rachel proclaimed: “I want to have a job where I get loads of money.”

For the girls’ parents – Joe and Marion – the early morning routine has also changed now that their daughters are attending secondary school.

“It was pandemonium getting them dressed, they were fighting over uniforms and all the usual stuff with girls including makeup,” said Joe who works for the Revenue Commissioners.

As the Cross family live next door to St Brigid’s NS, the sisters walked to school when younger but now Marion has to get used to the school run for the first time.

“It’s a big change I have to drive now and drop them off. Before it was straight next door,” said Marion who is not looking forward to battling rush-hour traffic five days a week.

“We didn’t leave until about five-past nine (on Friday) because they didn’t start until 9.30 but we will have to be leaving a lot earlier for the rest of the year,” she said.

Joe says the next six years will be a lot tougher than the last eight which have flown by.

”It’s a big step up alright from primary school as I can remember myself from back in my day,” said Joe who added he hopes he will still be able to help out with homework.

Away from school, Joanne, Rachel and Deirdre say they hope to continue playing soccer with Limerick Belles FC and camogie with Treaty Gaels.