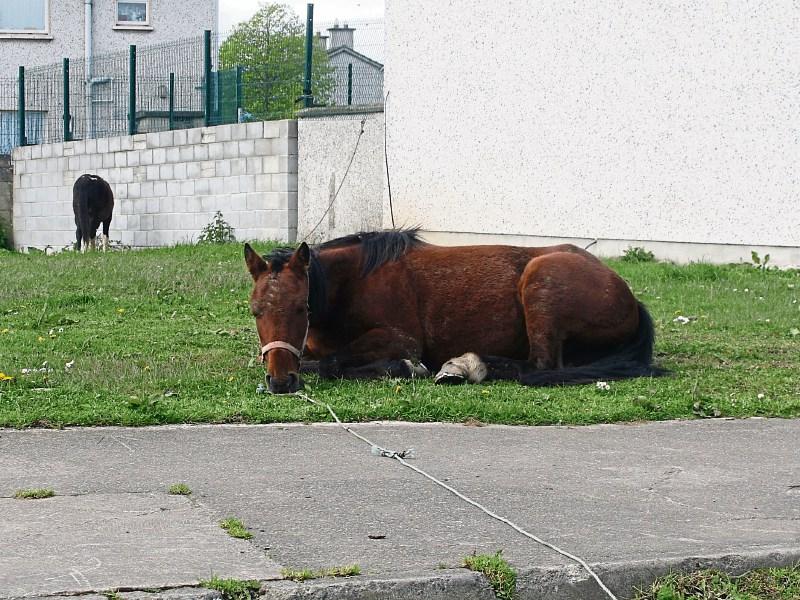 LIMERICK Animal Welfare (LAW) is supporting fresh plans for a horse project on the southside of the city, after it was revealed that hundreds have been put down after they were rounded up from city estates.

A group of ten people are behind the scheme to develop the scheme which it is hoped will bring a secure area for horses within five years.

The group proposing the horse project, along the same lines as a scheme in Fettercairn on Dublin’s southside, include representatives of Law, equine vets, and a number of community representatives from across the city.

While a permanent base for the horses is the ultimate goal, the group – known as Horse Education Limerick Programme Southside (or Helps) – are seeking a temporary site in one of the southside regeneration areas to get started.

Kennedy Park woman Anna Gallagher, who is heading the project, says: “At the moment, we need a temporary site. Somewhere we can go into and train the children using local resources. There are a lot of talented horsemen within these areas. Men who have been around horses their whole lives, who can educate the children.”

She added: “It is not just about a stable for a horse. Getting involved in the educational pieces would ideally be mandatory. Educated owners means better cared for horses. When people have the opportunity to better themselves, it normally results in better people.”

One of the reasons the group wants to establish a temporary site, Ms Gallagher added, is so by the time the full project is ready, children are ready to be instructors and trainers.

“We are putting the ground work in now,” she said.

Around 50 people were at a meeting introducing the project at the Our Lady of Lourdes Community centre, including former mayor Michael Sheahan, Willie O’Dea and council official Mairead O’Donovan, whose remit includes the control of horses bye-laws.

Ms Gallagher said the group had already identified a number of areas for temporary lane, including two patches of land in Southill, plus lands in Rosbrien and Greenfield.

She added around €40,000 will be needed to get the project off the ground.

This will come from fundraising efforts, plus applications for various tranches of social enterprise funding.

Council bye-laws make it effectively illegal to graze horses on open spaces, meaning that any horse project would have to have a special dispensation from the local authority.

This, Ms Gallagher says, is precisely what the group will seek.

She said: “It will be a free zone, where they can be kept. It means horses will not be running in the front of the church, or around roads where they can cause an accident. They will be tucked away and cared for”.

Strict rules will also be enforced for anyone wanting to keep a horse either in the temporary land or the permanent project if it comes to fruition.

Ms Gallagher outlined how a weekly charge would apply on horse owners, there would be no-breeding policy, and owners would be obliged to attend to their own animals needs on a daily basis.

“This is not just about a stable for a horse,” she said.

Last week, the council sent letters to some residents in Ballinacurra Weston warning them their horses would be seized if they did not arrange for their removal.

It sparked a number of days of anti-social behaviour in the estate.