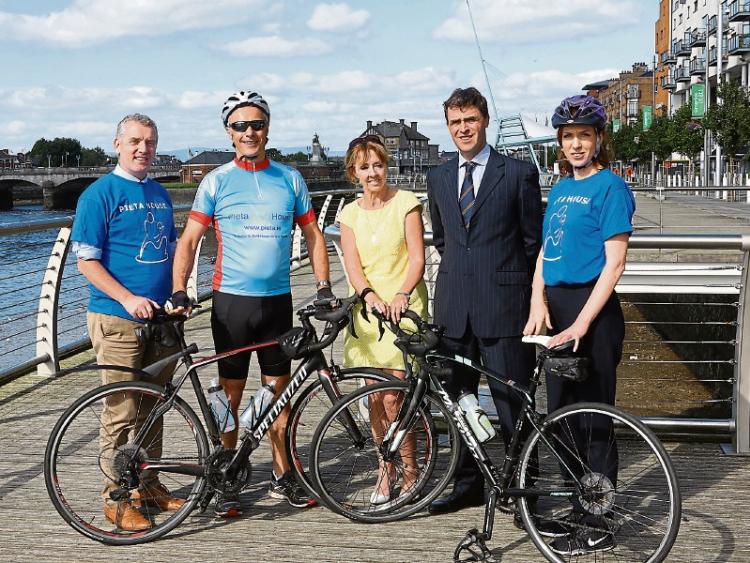 THOUSANDS are expected to take part in the second annual Pieta 100 charity cycle event next month, which could see more than €100,000 raised for the “life-saving” mental health services.

On September 25, people will saddle up for the 50k or 100k cycle, which will pass through 10 counties, in aid of the counselling service which has an office in Limerick. The centre for prevention of suicide and self-harm marks its 10-year anniversary this year.

Launching the event at the offices of Holmes O’Malley Sexton, Pieta House’s national events coordinator, Kieran O’Brien said the event is a “fun day out” and it is “fantastic” to see people supporting the organisation.

“It’s also great to hear people telling you that they took up training in the weeks leading up to the cycle. It’s coming to the end of the season for most cyclists now, so I’d say for most of those who take part it’s a fun thing,” he said.