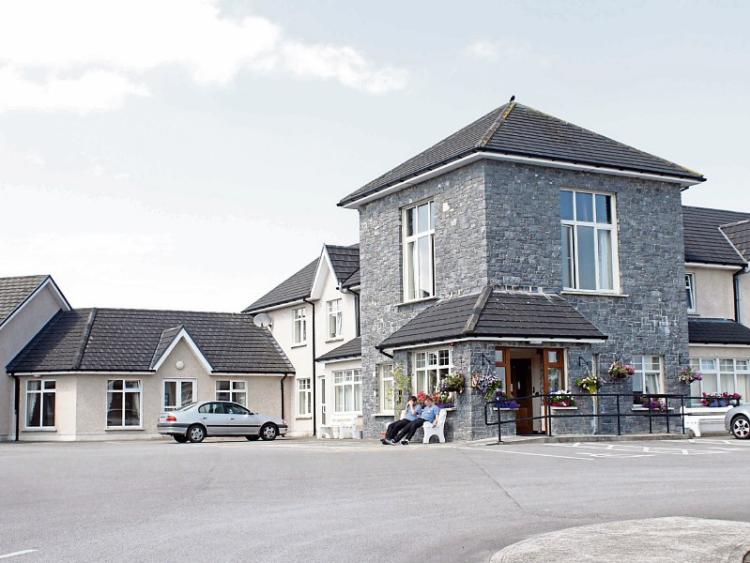 MANAGEMENT of a county Limerick nursing home have taken swift action after a resident was left unattended in a bathroom on her own overnight.

The lady, who is understood to be aged in her late seventies, is a resident at St Michael’s Nursing Home in Caherconlish. After this happened in recent weeks she has chosen to remain there.

The staff member who was in charge on the night of July 22 has been dismissed from their post and three healthcare assistants, who were involved, have been issued with final written warnings.

In a statement to the Limerick Leader following a media query, Sandra Farrell, provider and managing director, said: “Regrettably at St Michael’s Nursing Home, we had an incident recently where one of our residents was left unattended at night in their bathroom for a long period of time. This unacceptable breach of policy has been treated very seriously by management.”

When management was informed of this serious incident, immediate action was taken. Ms Farrell, who was in Holland to explore international best practices in dementia care at the time, contacted HIQA after being told what had occurred.

“As this is a notifiable event requiring reporting to HIQA, this was duly completed on the day the incident was reported. An internal investigation was immediately commenced.

“All staff involved were suspended until the full investigation was completed. The resident and their family were kept informed throughout the process.

“The resident was offered a GP review, psychological support from our in-house psychotherapy which Is available to all residents when required,” said Ms Farrell.

Following the completion of the detailed investigation it has been concluded that the incident resulted from a “breakdown of communication between staff during a staff shift change, and a failure to fully comply with our procedures”.

HIQA and the resident’s family were informed of the outcomes and measures put in place to ensure that there would be no such reoccurrence of this substandard level of care, she said.

“The staff member who was in charge that night has been dismissed from their post. Three healthcare assistants who were involved in the incident have been issued with final written warnings which will be  placed on their file.

“A mentoring and retraining program will be completed for these healthcare assistants concerned. In addition to this, a period of close supervision by senior members of staff will be carried out,” said Ms Farrell.

However, the family declined this offer as they stated that their parent was very content and settled in the nursing home.

“We, here at St Michael’s are more than disappointed that this incident happened and as demonstrated above we have taken appropriate action to address the failures that arose.

“We have truly apologised to the resident and their family.

“We are committed to providing the highest level of care at St Michael’s and on maintaining our focus on the protection and well-being of all the residents in our care,” concluded Ms Farrell.

A HIQA spokesperson said: “We are aware of this allegation and were notified as per the relevant regulations by the provider.”

Opened in 2012, St Michael’s Nursing Home has 80 bedrooms – 62 single and 9 double en-suite rooms. Between full and part-time staff over 90 are employed.

Last August, staff and management, along with locals in Caherconlish raised over €5,000 to pay for medical treatment and the funeral of a nurse in India who joined St Michael’s in 2013.