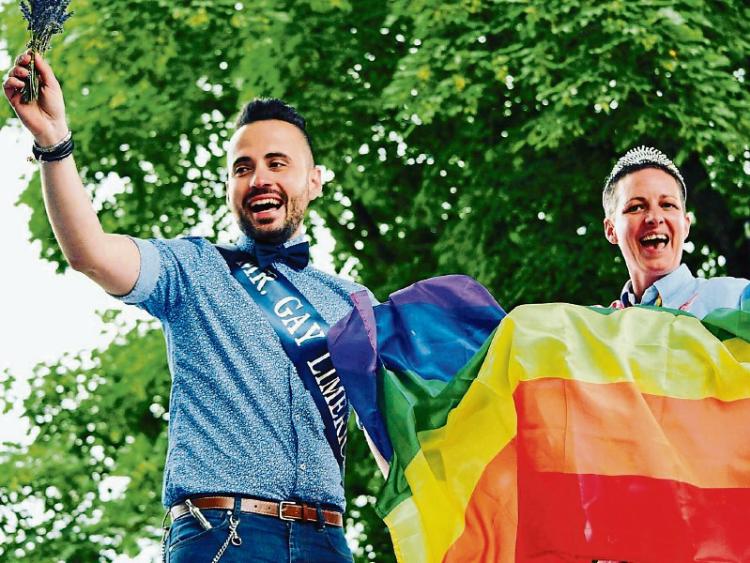 Mr Gay Limerick 2016, Dr Christian Moretti, a native of Italy, is a teacher in Colaiste Ciarain in Croom

MR GAY Limerick, a contender to take the title of Mr Gay Ireland, is among those calling for hate crime legislation to be introduced.

Speaking to the Limerick Leader, Dr Christian Moretti, a native of Italy and a secondary school teacher in county Limerick, said that just because gay people have achieved equality under the marriage referendum, that does not mean their fight is over.

“We need a clear, unambiguous and strict law to combat any sort of hate crime, including homophobic and transphobic manifestations of hate crime.

"This law is urgently needed in order to protect all the individuals in this country, our young people and those who are afraid to be themselves. We need total freedom and we can only achieve that if the government decides to step in and safeguard every human being,” he said.

“We cannot wait any longer – every day, hour, minute and second a person is bullied, abused, insulted, isolated, assaulted physically and verbally and we are taking a huge risk in waiting.

“Perpetrators [of hate crime] do not kill someone physically but they kill someone’s identity, their well-being, their mental health, their self-esteem. Isn't mental health as important as physical help?

Dr Moretti said while Ireland achieved a milestone last year under the marriage equality referendum, “the road ahead is still long”.

“We need this law now, no delays are to be tolerated because our society may pay a very high cost. I feel that there is a discrepancy between politics and what people want and need,” he said.

Dr Moretti, who is also a published novelist, will go forward to represent Limerick in the Mr Gay Ireland competition in April next.

As Mr Gay Limerick 2016 he wants to raise awareness and combat homophobic and transphobic issues across the second level education system.

A resident in Limerick for the past six years, the teacher of Italian, Spanish and social, personal and health education (SPHE) in Colaiste Ciarain in Croom, said he has been buoyed by the support of students, parents and his colleagues at the school since winning Mr Gay Limerick.

Dr Moretti, who holds a PhD in Comparative Literature from the University of Kent, plans to use his reign to raise funds for Pieta House, the suicide prevention charity.

He also wants to highlight homophobic and transphobic issues in Limerick schools, and possibly across the country.

“Limerick is home for me now. I absolutely love the city, the people, my school, my students. Ok, maybe I don’t love the weather. When I’m in Italy at times, I miss Limerick, and even miss the weather.”

He said was “delighted to win and wants to give something back to Limerick because it has been such a good place to me.

“I came here for a job six years ago and Limerick is my home now. I absolutely love the school, and I love Limerick. It has given me so much in the last six years and I want to give something back to the community,” said the native of Abulia, in southern Italy, whose mother is Swiss.

The 32-year-old said bullying of gay, bisexual or transgender students in schools “is a huge issue unfortunately”, but he has an avenue to address these issues in Croom through his SPHE class.

“The response from my students has been absolutely fantastic, but unfortunately it is an issue everywhere. Students have to be made aware that using certain terms are not Okay, from an early age, and once you explain that to them they really take it on board,” he told the Limerick Leader.

“Before the competition, I explained to people online why I was entering – that I could be a teacher and Mr Gay Limerick and do it for a good cause. I received so emails and messages from parents and students saying they were so proud that I was going for it, and that they felt honoured to have me as a teacher; it was just fantastic.”