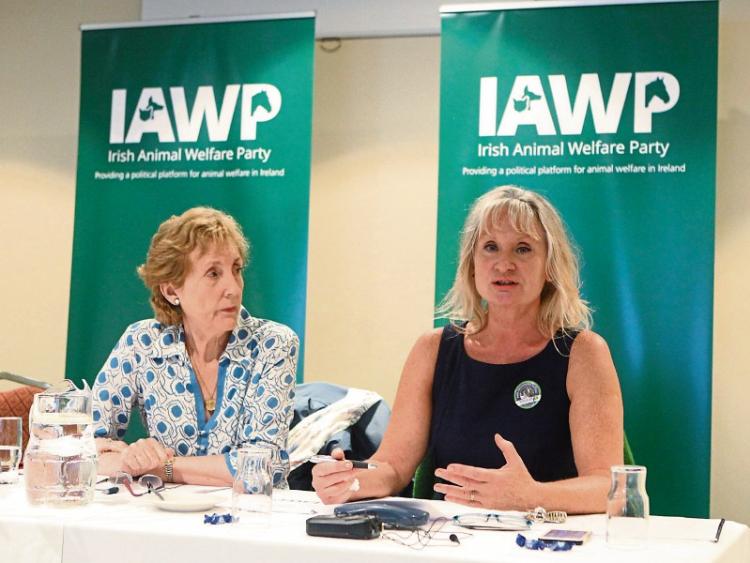 The Irish Animal Welfare Party (IAWP) was founded following a special convention in the Pery Hotel at Glentworth Street.

Among its number are Sheila Fogarty, its chairperson, who has family ties with Bruff, and Marion Fitzgibbon, Limerick Animal Welfare, who sits on the party’s National Executive Committee.

Ms Fogarty, a former Green Party local election candidate, said the IAWP would be seeking to run candidates in both local and national elections in Limerick City and Limerick County.

Among the party’s initial goals, she added, is to take on the practice of puppy farming.

“The IAWP estimates this rural, effectively black market economy is worth in the region of €1.5bn over the six year life cycle of 100 breeding bitches across the country.”

Ms Fogarty says following the move to vote down a motion calling for a ban on live hare coursing, the IAWP's confidence in government is at a low.

“We have lost all faith in this government to uphold animal welfare in this country and believe without a proper political structure to address the total disregard expressed by the present government to large scale endemic animal abuse, nothing will ever change,” she said.

Ms Fitzgibbon is delighted there is finally a party which focuses on what she has devoted her life to.

“I feel I have been talking to myself and that wall [about animal cruelty] for the past 25 years. What difference have we made? Everyone is telling me Limerick Animal Welfare has made a huge difference. But animal cruelty is a huge problem, and we are not changing it,” she said.

Ms Fogarty said more than 400 people nationwide have signed up to be a member of the IAWP.

The last national mainstream party launched in Limerick was the Progressive Democrats, founded by Desmond O’Malley in 1985, which went on to have a big impact on national politics.