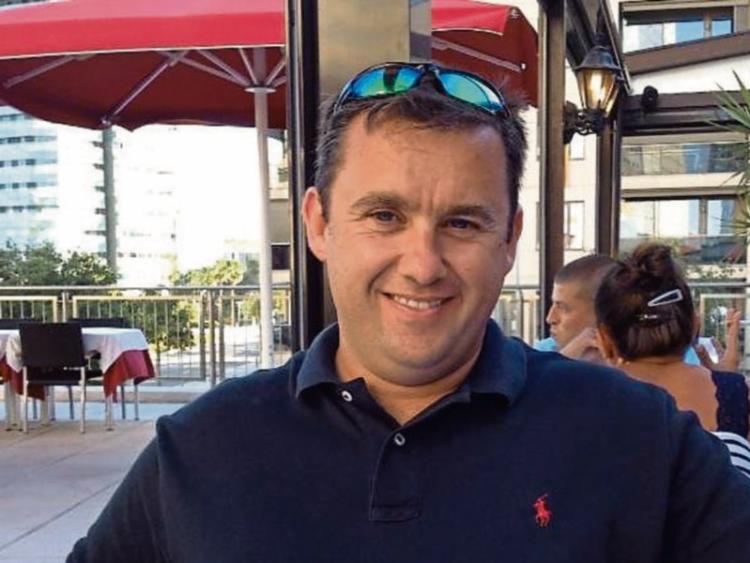 THIS Tuesday marks the first anniversary of the passing of Jason Corbett, who was killed in his home in North Carolina on August 2, 2015.

Former colleagues of Jason in Multi-Packaging Solutions (MPS) in Raheen have now initiated a yearly charity football match between them and another local company to raise money for Pieta House, the suicide prevention and bereavement charity.

They recently held the first match at Janesboro Football Club, with competing teams made up of family, friends and work colleagues of the Corbett family.

The Corbett family have expressed their thanks and appreciation to MPS and others for turning out in the Jason Corbett Memorial Cup.

“MPS was such a big part of Jason’s life and he would be so proud that he had a second family of friends on both sides of the Atlantic that continue to keep his memory alive in such a wonderful way,” said a spokesperson for the family.

Jason, who worked at MPS Limerick and MPS Lexington, made many friends across the organisation and “is sadly missed by all of those who had the good fortune to work with him and by his family and many friends”, the company told the Limerick Chronicle.

“We are very proud of the effort that all of our employees, their families and friends have put into this event. It is an occasion which is very close to our hearts.

“We have a great team here at MPS Limerick that is extremely kind and generous when it comes to such occasions. Everyone played a part from team training, supporters at the side-lines and those who ran raffles on the night - all with the aim of raising money for a well-deserving charity,” said Aoife O’Hanlon, HR advisor, Limerick.

Meanwhile, the Corbett family have been left disappointed that the murder trial in the USA is unlikely to be held this year.

The 39-year-old father of two was found dead at his home in North Carolina on August 2 last year after sustaining fatal head injuries.

He died of blunt force trauma to the head after allegedly being struck with a baseball bat and a paving stone. His second wife Molly Martens Corbett, 32, and her father Tom, 66, a retired FBI agent, have pleaded not guilty to his second degree murder and involuntary manslaughter.

Mr Martens told a police dispatcher that he had hit Mr Corbett with a baseball bat, and claimed that he was trying to defend his daughter at the time.

They face a criminal trial before a grand jury.

A defence lawyer in the case, Walter Holton, recently told the media that his team still had some way to go before they would be prepared to go to trial.

“We want to be thorough and certain that we have added access to the evidence available. We want to have interviewed everyone who needs to be interviewed.

“It could be [during 2017]. I don’t know when it will be yet but that is possible. The trial date will actually be agreed between the district attorney’s office and our office and we have not come to a date yet.”

Jason’s children, Jack and Sarah, from his first marriage to Mags, who died tragically after a sudden asthma attack, have been interviewed by social workers as part of the case. The children are now under the care of Tracey Lynch, Jason’s sister, and her husband David.