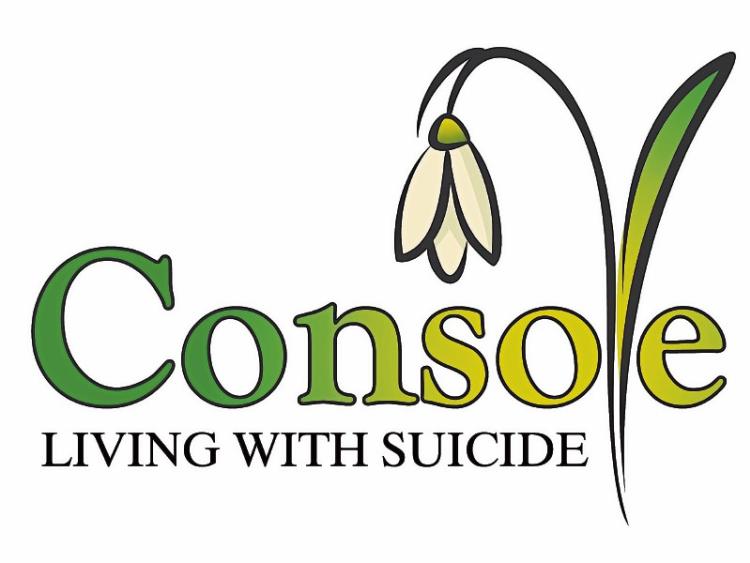 ‘HEARTBROKEN’ Console staff in Limerick have been offered short-term contracts with another charity aimed at suicide prevention, following the spending revelations at the charity.

In a lengthy statement issued by Console Limerick, they broke their silence for the first time since the controversy erupted, saying: “As a group we are heartbroken, everybody put their hearts and soul into supporting the services of Console in Limerick.”

Regarding all those who supported the charity and helped them raise funds to support their organisation, they said: “Your efforts were not in vain.

“The therapists and volunteers at Console Limerick’s work is beyond reproach. Their integrity and professionalism is second to none. The counselling saved lives and put families back together.

“The team were very proud of the work they were achieving, the support network they were building and possibilities ahead. Then disaster struck.

They said that the actions of one family “pulled down a whole charity”.

“Years of hard, honest, decent work by hundreds of people all over the country was destroyed in one fell swoop.

“Every penny raised by Friends of Console Limerick was guaranteed to go towards Limerick services. It was the remit of the group, the aim, the goal and the desire.

“To date the group raised €8,371.35. It is the understanding of the group that all of those funds went towards the services provided by Console Limerick.” However, they cautioned that this is now being verified by Tom Murray, of Friel Stafford, who was appointed liquidator of Console Suicide Bereavement Counselling Limited on July 14 last.

An audit by the HSE in late June revealed that Paul Kelly, the founder of Console, his wife and son ran up credit card bills of almost €500,000 on items such as groceries, designer clothes and foreign trips.

“Whatever the future holds for Console, [it] is not in our control but what is in our control is to not let one family ruin the reputation and history of a valued service. The service may have begun and ended by one man's actions but in those years in between good people did good work.  For that we are thankful,” they said.

“This hope will be carried now under the umbrella of Pieta House. Thank you sincerely from us all for your help, kindness and support over the last 17 months.” Nationally, Console employed 12 full-time staff and 60 counsellors.

Its operations included one-to-one therapy for 314 people and it fielded about 6,000 requests for help every year, including an average of 29 helpline calls every day.

In recent days, Miriam Duffy, executive director of the Rape Crisis Midwest, issued a statement regarding their finances following the controversy at Console, which many charities will also impinge upon them.

“RapeCrisis Midwest relies heavily on the voluntary support of the public for its survival. It is vital that the public realise the vast majority of charities can fully account for how and where donations are spent,” she said.