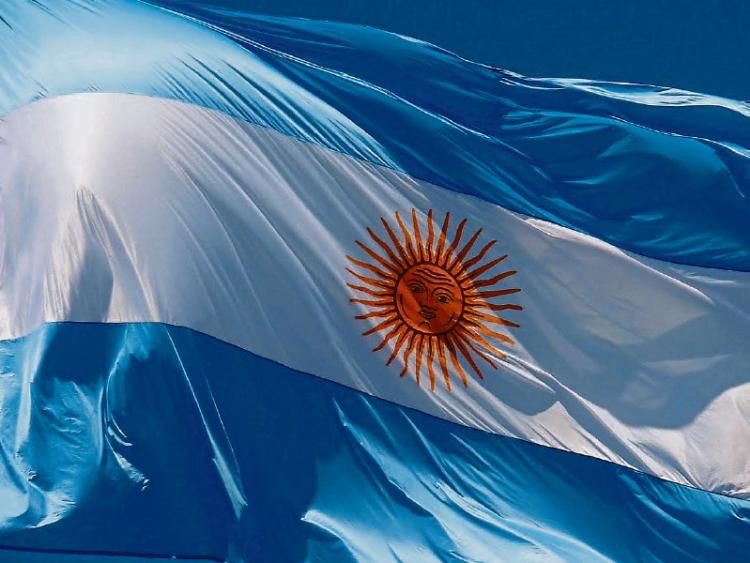 Templeglantine priest, Fr Tom O’Donnell, is set to play a crucial role in a corruption scandal that is rocking the political system in Argentina

THE Templeglantine priest, Fr Tom O’Donnell, who is set to play a crucial role in a corruption scandal that is rocking the political system in Argentina, is better known in his home area as Fr Chris.

Fr O’Donnell, who is a regular visitor home to Meenoline North, Templeglantine where his mother Josephine still lives, hit the national headlines earlier this week when it emerged he is to lead the Catholic Church’s own investigation into the affair.

The case involves a former government minister, José López, who was caught attempting to stash $9m, mostly in cash, at  a convent near Buenos Aires. Fr O’Donnell’s job will be to look at how  the convent and its elderly nuns came to be at the centre of the affair.

His investigation begins this week but the events that sparked it took place in  the early hours of June 14 when  police were called to the Our Lady of the Rosary of Fatima convent in the town of General Rodrigues, about 35 km from Buenos Aires.

They had been alerted by a neighbour who saw a man tossing black plastic bags into the convent grounds and climbing in after them.

When the police arrived, they  found the man, José López, sitting with three of the nuns, who are in their 80s and 90s. He was surrounded by the bags containing wads of US dollars and other valuables worth about $9m. He initially told police he was a priest but then allegedly offered them bribes.

López was arrested and is now being investigated for corruption.

But Fr O’Donnell explained this week, his investigation is a canonical one. “Did they commit a crime, these old nuns?”

The congregation, although new,  has its fundamental law, constitution and statutes, he said. “Our investigation is to find out if they comply with these promises of obedience, poverty and living in poverty?”

People were shocked and dismayed when the story emerged, he acknowledged and the story is still fascinating the people of Argentina.

The congregation was founded by Archbishop Ruben Di Monte, who lived at the convent until he died in April. But the late archbishop had very strong political connections and was also friends with José López and his wife who had contributed money to build part of the convent.

She and her late husband are rumoured to have amassed large quantities of cash from public works contracts during their years in office from 2003 to 2015.

But the former president has vigorously denied any involvement. “Someone” gave Lopez the money, she wrote on her Facebook page after he was arresed. “And it wasn’t me.”

“The investigation is to find out what really happened. Were the nuns being used? Were they aware of what was happening that morning?”, Fr O’Donnell said.

“We will have to go through the evidence in a way that is honest and respectful of the laws of the church and the state. We will co-operate with the justice system to try and reach the truth,” he told reporters.