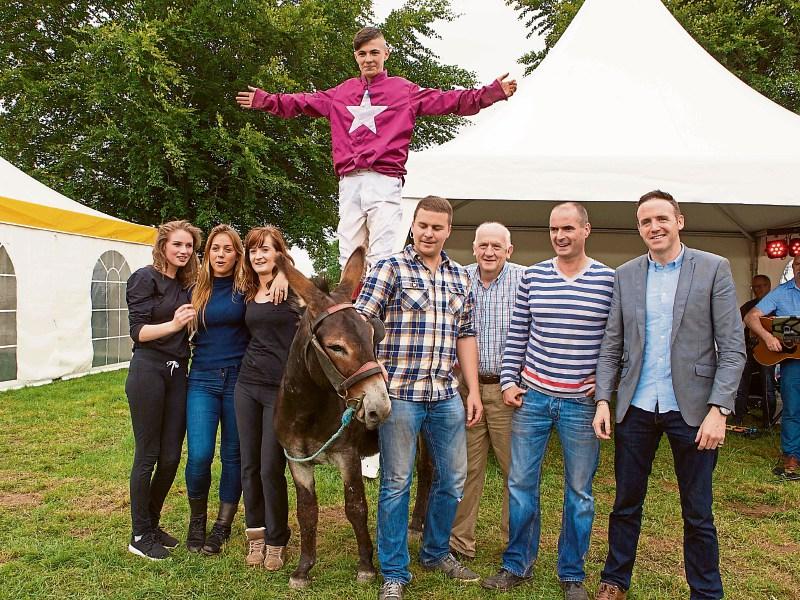 THE heady days of the Newcastle West Agricultural Show are back. Thousands flocked to the showgrounds on Sunday amid great summer sunshine, making it the best show for many years.

And as the long day’s events came to a close, the organisers basked in a renewed sense of purpose and  determination to keep the flag flying for all things rural and agricultural.

But it wasn’t just the numbers of people which were up. Across almost every competition, there were increased entries.

And Seamus was particularly pleased that the cattle classes, re-introduced on a limited basis last year and extended for this year’s show, were well contested. “The Friesian calf class was the biggest of any show in Munster this year,” he said with satisfaction.

Sheep class numbers were very good too for a show of Newcastle West’s size, Mr Leahy said, while entries for the poultry and egg classes were also up. But it was the dog show which saw the biggest increase.

“We couldn’t have accommodated any more horses or ponies than we had,” Peter Leonard, chairman of the show committee said with obvious glee. “The day wasn’t long enough for us to take in any more. All the show classes and the jumping classes were full to capacity.”

But it most certainly wasn’t all about animals as Mr Leonard was quick to emphasise. “We really wanted the people of the town to see it as a family day,” he said. And painted bales, Angry Birds style, helped advertise the show as well as making people smile at the showgrounds themselves.

This year’s All Ireland Donkey Derby proved to be a big crowd-puller as well as attracting entries from Kerry, Cork, Galway and elsewhere. But it was Lynch’s Gang, and clad in the colours of Ryanair’s Michael O’Leary, that took the prize.

There were competitions, and prizes, for the Best Dressed Lady, the Most Appropriately Dressed Gentleman and for the show’s most  Glamourous Granny. And there were entries from all over Limerick and even from Kerry for the Bonny Baby competition.

“I didn’t hear one complaint from either competitors, exhibitors or visitors,” Mr Leonard said, after the show, with evident satisfaction.