Galway named as winner of European Capital of Culture 2020 bid 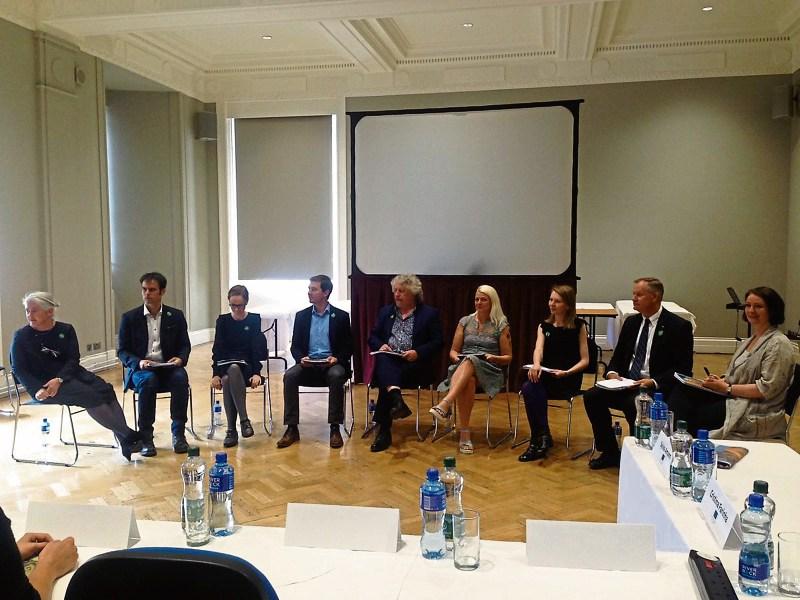 LIMERICK has lost its bid to be European Capital of Culture in 2020, with Galway being announced as the winner this Friday in Dublin.

The prized European designation, awarded by the EU Commission and worth an estimated €170m to the winner, is to be held jointly in Galway and the city of Rijeka in Croatia in 2020.

At an announcement in the National Concert Hall in Dublin this Friday, Chair of Panel Steve Green, declared that Galway had won the bid to hold the Capital of Culture designation.

It followed extensive site visits by members of the ten person judging panel to Galway on Monday, Limerick on Tuesday and the Three Sisters bid of Waterford, Wexford and Kilkenny on Wednesday.

A large delegation from Limerick travelled to Dublin for the announcement, including Mayor Kieran O’Hanlon and Conn Murray, CEO of Limerick City and County Council, who was part of the presentation to the judges on Thursday ahead of the announcement.

Reacting immediately after Galway was unveiled, Limerick 2020 bid director Mike Fitzpatrick congratulated the winning city and said the team behind its bid had "obviously put in a fantastic effort to win the title, because all three cities worked incredibly hard.

"Limerick saw on Tuesday the feeling and the ambition of the people getting behind the bid. I suppose we have to figure out a way that that doesn't dissipate, that we don't lose that.

"Obviously we are disappointed, but fair play to Galway, they have really had to work hard to get this and it will be a fantastic year for them. Certainly, we have every intention of working with them and collaborating with them, they are just up the road. So it will be of benefit to Limerick also, and we will just have to treat it like that.

"I think Limerick's cultural awakening happened in 2014, nothing is going to change that," he added.

Mayor Kieran O'Hanlon said that "those involved in the bid have done Limerick proud. They have worked tirelessly on the process and proved what can be achieved when we all work together.

"The level of engagement by the public and the arts community shows that everyone bought into this and there has been a real collective beating of chests with pride over the past 18 months or so. It demonstrates that Limerick has a great cultural heartbeat and it is getting stronger and stronger.”

Reacting, chairman of Limerick's 2020 bid steering committee and UL president Professor Don Barry, said that Limerick’s "cultural star will continue to rise and the success of our time as National City of Culture in 2014 combined with the imagination, vision and experiences from the Limerick 2020 campaign will provide a marvellous foundation for uniquely Limerick cultural developments in the future.

"We wish our fellow competitors every success in the future - particularly Galway during 2020," he added.

The CEO of Limerick Chamber, Dr. James Ring, has said that Limerick is still a winner from the European Capital of Culture 2020 bid process despite Galway being chosen.

"We are all, of course, disappointed but we are immensely proud of the bid team and, indeed, of the entire city. We did everything possible to win this; everyone got on board and, in that regard, this has been an incredibly unifying time for the city.

"The 18 month campaign ensured that the cultural candle has continued to burn bright post our 2014 designation as national capital of culture and come 2020 it will be burning even brighter. There’s incredible momentum in Limerick today and we owe a debt of gratitude to Mike Fitzpatrick and his team for adding to that.

"We have a proud city and we are as proud today as we have ever been.”

This still says it all about #limerick's future #Limerick2020 pic.twitter.com/TDgfFDBfIo

Disappointed for @Limerick2020. Everyone involved should be incredibly proud of their contribution. #Limerick2020

Not the decision we wanted!
Well done to all who put the brilliant #limerick2020 campaign together!
Best of luck to #Galway2020.