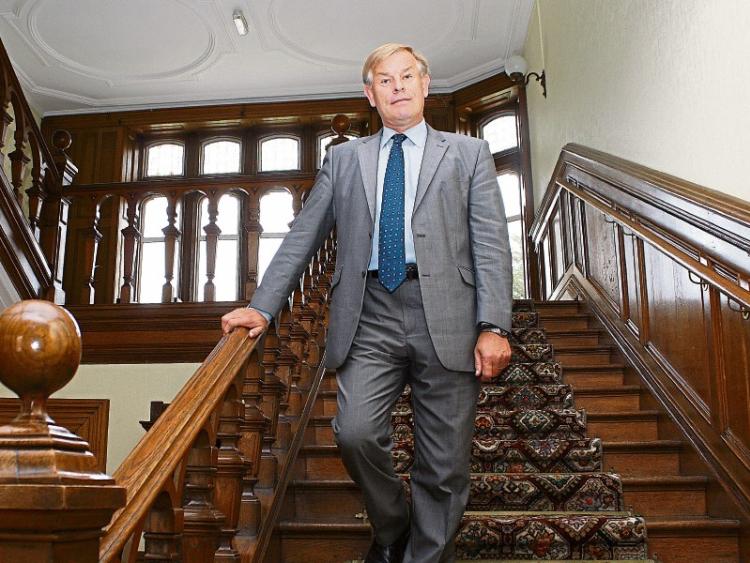 THE CHIEF executive  of one of Limerick’s biggest charities, Milford Care Centre, says he is “appalled and disappointed” by the revelations of gross mismanagement of funds at suicide bereavement charity Console.

And, Pat Quinlan says the negative publicity at the current time has the potential to pose “a very real threat to any charity, even those that are fully compliant and operating to best practice as applies in our own case”.

“We have received one or two direct queries from the public seeking clarification on our own practices in the light of the controversy, which we have responded to,” Mr Quinlan told the Leader this Wednesday.

“However, we are very mindful as to the concerns that this controversy has caused in the minds of the general public and the board of directors has published its own statement of reassurance to our many and valued supporters which is displayed on our website.”

Milford Care Centre provides a number of services including palliative care which aims at improving the quality of life for people living with advanced life-threatening illness.

Mr Quinlan said his reaction to revelations of financial abuse by Console founder, Paul Kelly, was “no different to everyone across the country I’m sure - I was appalled and disappointed.”

This Tuesday, the Tánaiste and Minister for Justice Frances Fitzgerald told the Dáil that she was working with the charities regulator to ensure that, by September, it will have the staff it needs to investigate allegations of wrongdoing in the sector.

Mr Quinlan said it is “essential” that the charities regulator is properly resourced to probe cases.

“One of the key functions of the charities regulator is to ensure that there is public trust in the sector and so it must use its available powers and resources to protect the charity, its staff and volunteers – and most importantly the beneficiaries and clients of the charity.”

“Fundraising is a vital source of funding for the services we provide to the public.”

There are in excess of 350 staff and 200 volunteers engaged in Milford Care Centre services on an ongoing basis, with an annual turnover of in the region of €19m.

Milford Care Centre’s CEO salary has been reduced since 2014 to €119,883 which, Mr Quinlan explained, is funded from “a number of sources, primarily by the HSE and a fixed contribution from Milford Nursing Home (private facility), with the balance being derived from private health insurance and other income, along with very limited support from fundraising.”

There are eight board directors and they receive no remuneration for their voluntary input to this role.

Meanwhile, a search for Limerick charities on the website of the Charities Regulatory Authority (CRA), displays 295 results under the register of charities, including voluntary housing associations and community development groups.

When contacted this week, charities across Limerick expressed fear that there will be “significant damage” to the charity sector as a result of the Console revelations.

Limerick priest, Fr Pat Hogan, who founded the charity Calcutta Calling described the scandal as “a big betrayal of the people”.

“ It will turn people off - it will make people cynical,” he said.

“People are very disappointed that people would, in those circumstances, take advantage of people and use that situation,” continued Fr Hogan who was the parish priest in Southill for almost 10 years.

“It’s very disappointing, especially for people who are so vulnerable and then all the people in the organisation who were doing such a powerful job - they must be really gutted. All those counsellors and the staff, giving their heart because they believed in it, and obviously not at the top pay rate. It is a big betrayal of the people,” continued Fr Hogan who recently returned from Calcutta

“We run a charity and there are no expenses paid to anybody - everything we get is given away. We have a very small operation and we operate out of a very small circle of people. We explain to people everything as we go along.”

David Moloney, CEO of Boher, the charitable organisation which uses livestock in development aid, said the trend has been that the sector is “adversely affected” every time one of these scandals come to light.

“Back in 2013 we were hugely affected. We took a huge hit as a result of the recession and the scandal at the Central Remedial Clinic [which used charitable funds to top up the salaries of senior staff members].

“We were once 28 people and now we are down to eight. Our income halved during that period. Last year we showed the first evidence of audited upsurge,” continued the CEO of the charity which has its head office in Limerick city.

Financial information for the charity which is available on the charity’s website states that the CEO remuneration is less than €100,000 per annum. “Our board members are volunteers and are not salaried - they travel from around the country to participate in our bi-monthly board meetings at their own expense,” it further states.

Brendan Ring of Cliona’s Foundation also fears that local charities will suffer a backlash as a result of the scandal.

“I think so,” said the founder of the charitable organisation founded in 2007 to provide financial assistance to families who have children undergoing long-term medical treatment for critical illness.

“Some people have already said it to me - close friends and family members have said; ‘Look, Brendan, this is going to affect  maybe even Cliona’s Foundation because the trust element isn’t going to be there any more.

“We publish our accounts online and, even that for some people, won’t be quite good enough. We have to try and work around that whole issue but, certainly, it would be damaging - there is no doubt about that.”

Mr Ring, from Lough Gur explained that an administrator is the only person who gets paid within the charity.

“I’m glad to say that both Terry [his wife] and I are voluntary in Cliona’s Foundation. We have our own business in town at Cube Printing. My own time is given voluntary, as it is with Terry. I want to be clear that I fully understand that as organisations grow, including Cliona’s Foundation, if we have to add resources to help more families eventually and we have got to pay for that in relation to running our offices with staff, then that has to be done. What I’m clear about is that both Terry and I, for Cliona’s Foundation, we will remain voluntary and that’s where I stand. I’m not pointing the finger at all at charities that have staff members that get remunerated. Our accounts are audited by Deloitte and we can stand over those, no problem whatsoever.”