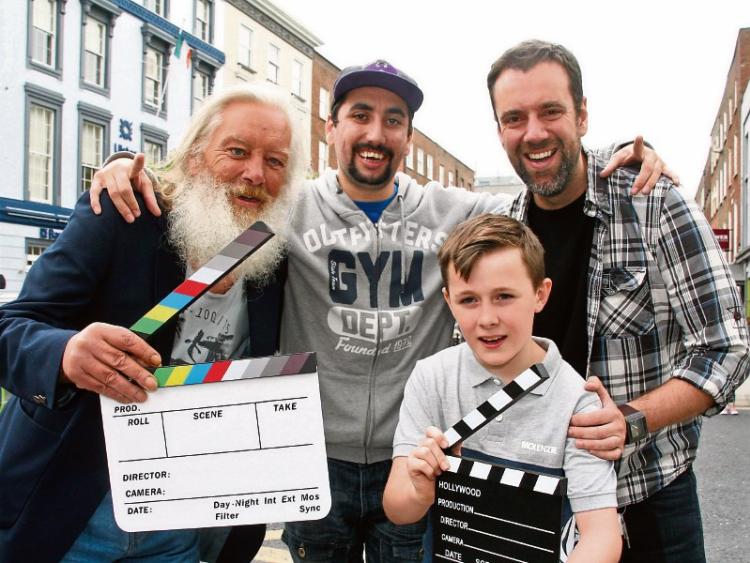 THE LIMERICK film scene has been getting the global spotlight once again, after Kileely director Jason Reddan was awarded a top prize in a world short film competition this week.

The award-winning cinematographer entered the worldwide My Rode Reel short film competition, with his three-minute drama Streetlights. Competing against more than 1,200 filmmakers from all over the world, Jason’s compelling drama — which tells the story of a man overcoming a traumatic past — was selected as the judge’s favourite, on Wednesday morning.

The film also finished in 6th place in the People’s Choice award, which he said was thanks to his Limerick fans.

Jason said he was “absolutely astonished, delighted, overwhelmed, speechless” when he found out that he won the top accolade.

The aspiring director used streetlight visuals throughout the film to “piece the whole film together”. The function of streetlights, he said, were a childhood curiosity of his growing up.

“I was always thinking, ‘These lights guide people through darkness on whatever journey they are on’. But then I started thinking, what if these streetlights help people out with their own personal trauma or darkness in their lives? And so I connected them two together. So, I got a dark story and I used the streetlights as a key kind of concept, which pieces the whole film together.”

He added that he “always had high confidence in the film”.

An elated Ethan, who wants to be a professional actor someday, said: “When I woke up this morning, I was getting my breakfast, then my Mom called me down to her bedroom, then she told me that the film won. Then I just started crying. I was so happy.”

Actor Liam O’Brien said that Jason’s efforts “is a perfect example of great filmmaking” and that it is “one of the best films ito come out of Limerick”.