We can be Capital of Culture 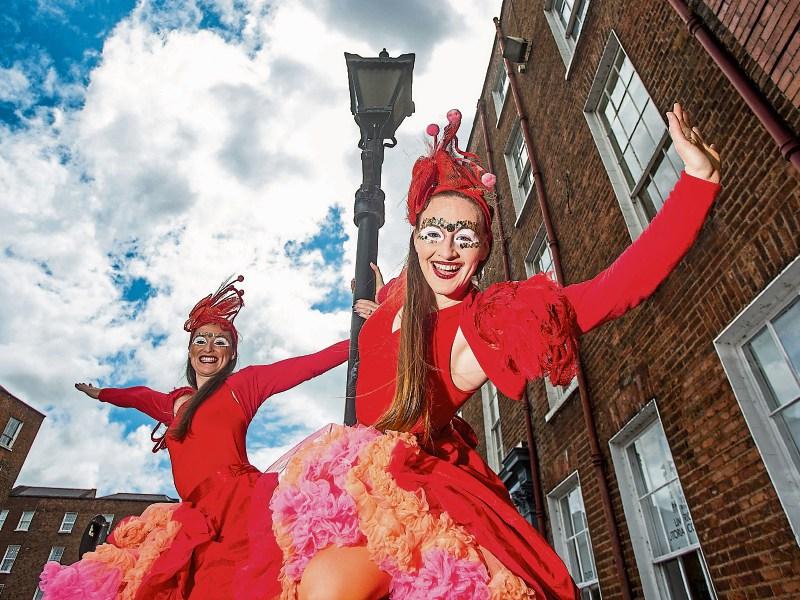 Announcing details of the Culture & Chips Takes to The Street event were, Laura Malone and Catherine Ryan of Fidget Feet PICTURE: Alan Place

IF there has been a single dominant theme in this column over the last decade, it has been about standing up for what we believe is in Limerick's best interests and championing our city and county.

Sometimes that has led to the expression of frustration, or anger, and occasionally outrage. But we hope that this space has also been passionate in its views on regular occasions — and this is one of those weeks.

The Leader has always believed in the best of Limerick, even if its greatest qualities are not always appreciated at first glance by first-time visitors, or those who bought into the negative perceptions that we have fought so hard to successfully overcome. Even those who still look on Limerick with jaundiced eyes, though, will see the vast potential that surrounds us if they care to take a look around.

We are slowly realising some of that potential. We all wish it was happening faster, but the opportunity to move Limerick onto an exciting new level is here now.

On Tuesday, July 12, the international jury who will judge Ireland’s three candidates for the much prized designation of 2020 European Capital of Culture will visit the city. When they come, we are confident that they will be impressed with the bid that has been carefully assembled on our behalf, by a committed team who have had their eyes on this prize for a long time now.

But the judges should see more than well-laid plans — they must get a real sense of the passion that we feel for our city and county.

If we could address them, we’d say that this is Limerick’s time. We’d tell them that while the rival bids are undoubtedly of a high standard, Limerick is by far the best candidate meet the criteria set out in this initiative. That’s because the designation has the potential to transform a city that is growing in confidence after some difficult years, but one that needs the momentum that the honour of being European Capital of Culture will assuredly deliver.

It is clear that the judges will be concerning themselves not only with who has the ability to throw the best cultural party over 12 months, but which candidate can deliver the kind of legacy the scheme was set up to encourage. The answer, every time, is Limerick.

If we are given this opportunity, we know it will be seized and cherished.

An open invitation has been issued to the people of Limerick to help convince the judges that they have come to the right place. We urge everyone who loves Limerick to make the effort to help create a carnival atmosphere in the city on July 12, so that the judges see our passion up close and personal.

It is difficult to see how such a wonderful opportunity could come along again. After the success of our National City of Culture year, we are well placed to move onto the next level.

As Shakespeare put it: “There is a tide in the affairs of men, which taken at the flood, leads on to fortune.”

It is essential that as many of us in Limerick as possible grasp the extent of this opportunity and that this awareness is palpable for the people who will decide our fate.

Let the word go out, far and wide. This is Limerick’s time.