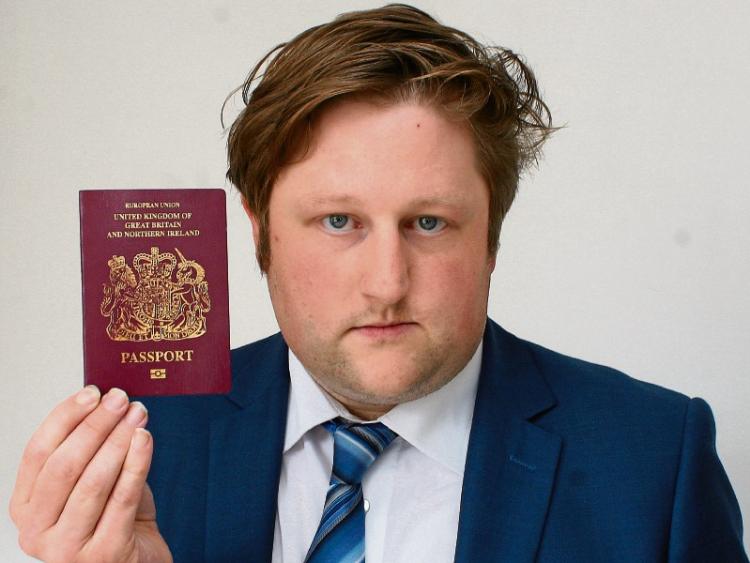 LIKE many British people in the aftermath of my country’s decision to leave the European Union (EU), I was horrified by the reckless choice the electorate made.

In the run up to the referendum on Britain’s continued membership of the now 27-member bloc, I had decided, in the event of Britain voting to leave, I would seek Irish citizenship.

My main reason for doing this was to ensure I remained a European citizen, and thus enjoy the benefits it brings: freedom of travel and the ability to work in any EU country should I wish, being the main two.

But what I have seen in Britain before and after the vote has made me deeply uneasy about my homeland – and made me even more determined to take out dual citizenship.

It upsets me that up to 17 million people were prepared to buy into the nasty, parochial, small-minded narrative put forward by the Leave campaign.

And the way some communities of non-nationals in Britain have been treated in the aftermath of the vote has alarmed me.

Having lived in Limerick for eight years, I would not imagine Irish people, if faced with the same choice, would buy into such irrational, xenophobic jingoism, and decide to say goodbye to their European neighbours.

That said, I genuinely never expected to be making this choice.

Despite a tight race up to the end, I imagined any undecided voters may decide to stick with the EU, rather than face into what is panning out to be a very uncertain future in Britain.

Surely, we would not pull the plug on a relationship with so many benefits for our island?

Sadly, this is exactly what happened, with the devastating result being confirmed just before five o’clock on Friday morning.

While I will always be proud to be British – and will never renounce my UK citizenship – I also feel very privileged to be European.

Here in Limerick, I have friends from Poland, Latvia, France and many other nations, relationships which would have never been allowed to blossom were it not for the European Union.

More importantly, freedom of movement in the EU made it easier for me to come and work for the Limerick Leader back in 2008.

Thanks to the EU, I am free to live here without red tape and bureaucracy.

I have also been fortunate enough to travel around the continent, availing of cheap fares no doubt made easier because of the single market, and open skies.

But overall, I believe in an ever changing world, groups of nations need to stand together. I believe in the broad principles of the European Union.

Another source of disappointment to me is the campaigning of the Remain side. They relied far too heavily on the now infamous ‘Project Fear’, and too little celebration of what Europe has done for communities.

Electorates around the world do not like to be threatened – and I believe many people voted to leave because of this.

This week, I have started the process of taking out dual citizenship.

Unlike many people of Irish descent living in Britain who can procure an Irish passport with a simple form, the path I am going down – with no immediate Irish relatives – is a lot more complicated, and could take over six months.

I am lucky though: the option to retain a European passport is not open to many of my compatriots who voted to stay.