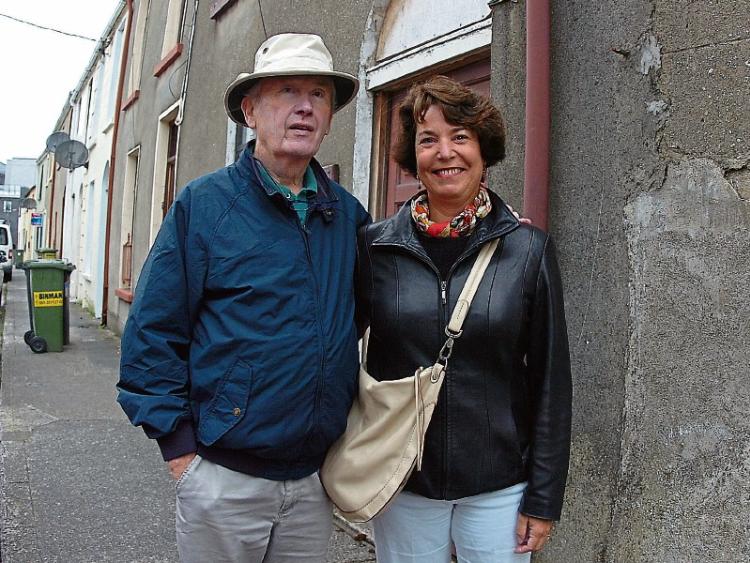 MORE than 10 million copies of works by Frank McCourt have sold throughout the world, his publishers in New York have confirmed, as they prepare to release a 20th anniversary edition of Angela’s Ashes.

Nan Graham, senior vice president and publisher of Scribner, told the Limerick Leader that they have sold in combined formats – covering hardcover, paperback, audio, ebook – 7.5 million copies of their editions of Angela’s Ashes, nearly 2.5 million copies of ‘Tis, and over one million copies of Teacher Man, his third and final work, before writing a children’s book.

Ms Graham recalled the moments when she received the first 151 pages of Angela’s Ashes from Frank’s agent, Molly Friedrich.

“The opening sentences were irreverent, funny, exploding with Frank's exuberance and love of language.  And one could tell that he would convey, as few ever had with such eloquence and agility, the cost of poverty.

“We wanted to meet Frank to make sure the 64-year-old retired school teacher would have the energy for a two week tour. ‎He had the energy for a ten-year tour. Frank told me I was his luck. I told him he was mine. There was enough to go around,” she said.

The publishers, Scribner and Simon and Schuster, will be releasing the twentieth anniversary edition on August 16.

A number of events will be held in New York and Limerick in the coming weeks and months to celebrate the work and the life of the Pulitzer Prize-winning author.

Molly Friedrich, Frank’s literary agent in New York, and her daughter Lucy, will also speak about him at a celebratory evening in memory of Frank this coming weekend.

“Lucy was only ten years old when the manuscript first arrived at my house, so she can now claim to be the first and perhaps youngest person to have ever read this marvelous book,” Ms Friedrich told the Limerick Leader.

She also revealed that Frank’s only regret was that he didn’t start writing sooner, after being catapulted to literary stardom in his 60s, after writing his first memoir, which received worldwide acclaim and often controversy in his native Limerick.

“About three years before he died, when Frank’s cancer had returned, he and I were visiting faculty at the Southampton Writer’s Conference,” explained Ms Friedrich.

“I asked Frank whether he had any regrets and his answer was that his only true regret was to have taken such a very long time in getting started as a writer.

“Representing him was one of the greatest, enduring pleasures of my life as an agent.”

“Plain and simple, I loved him and miss him terribly,” she said.

In Limerick, Una Heaton, director of the Frank McCourt museum on Hartstonge Street, said she is putting together a week-long programme of events for September 5-9, to coincide with the official release date back in 1996.

Among the tributes will be a montage portrait of Frank, which are number of well-known local artists and the public, including his many fans who have visited the museum, are contributing to. While the museum has been at risk of closure in recent times, Ms Heaton said: “It’s still open and rising from the ashes.”

This July, the Creative Writing faculty at the University of Limerick will offer a summer school in New York in honour of McCourt, who passed away in 2009.

The summer school will be led by the renowned novelist and Frank McCourt Chair of Creative Writing, Professor Joseph O’Connor.

“2016 sees the twentieth anniversary of publication of Frank McCourt's masterpiece Angela's Ashes, a book that became a success all over the world, shedding light on the unique relationship that exists between Ireland and the United States, specifically between Limerick and New York. Frank's tale of two cities was translated into dozens of languages, stirring recognitions for millions of readers,” said O’Connor.