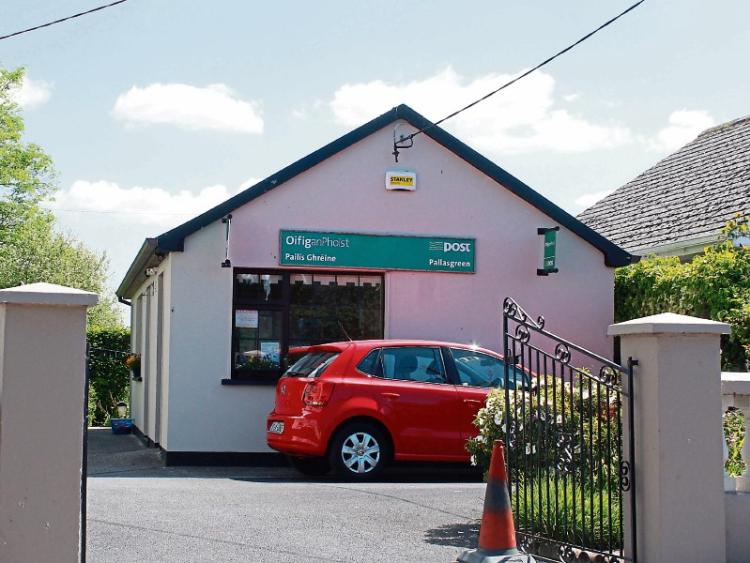 The Post Office in Pallasgreen, which was the subject of an attempted armed robbery in May

TWO men aged in their twenties have been arrested this morning in connection with the attempted armed robbery of a post office in Pallasgreen.

The incident occurred on the afternoon of Thursday, May 26.

As part of the investigation led by gardai in Bruff, officers searched properties in Clonlara and on the Dock Road in the city early this Monday morning.

One male was taken to Bruff garda station while the other is being questioned in Henry Street. They are being detained under Section 4 of the Criminal Justice Act.

No money was taken during the robbery as the quick thinking staff member employed the security button and shutters came down.