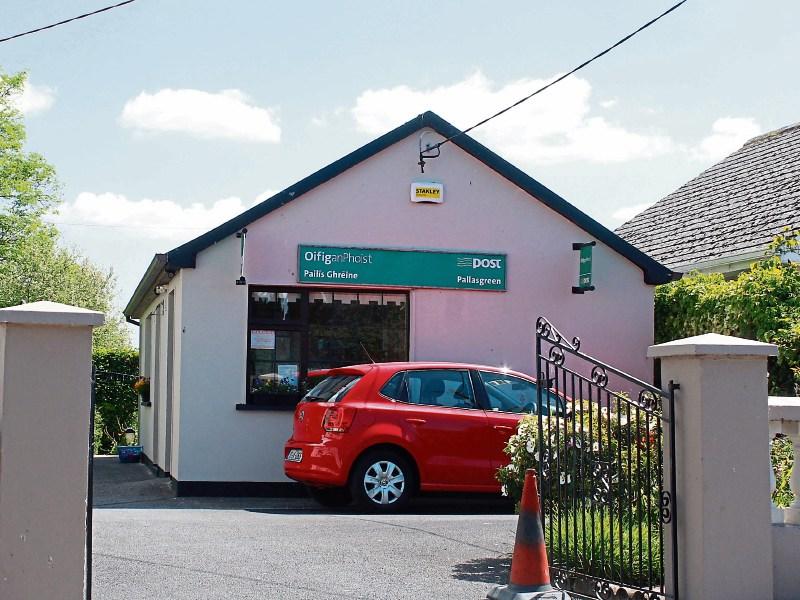 A BRAZEN criminal attempted to rob a county post office right across the road from a garda station.

The male, aged in his 20s, burst into Pallasgreen Post Office wielding a large knife. He demanded money from the staff member who immediately deployed the security button and the shutters came down. The agitated armed robber started kicking the door and tried to smash the glass with the  knife. He fled empty handed. This was the first armed robbery of a post office in the Bruff garda district since Knocklong in 2007.

A garda spokesperson said it happened on Thursday afternoon, May 26 at 4.30pm.

“Enquiries are ongoing. We are appealing to anyone with information to contact Bruff garda station at 061 382940,” said the spokesperson.

“I have to compliment my staff member for his quick thinking in hitting the panic button. No one was hurt which is the main thing. Gardai were on the scene very fast and I would like to thank them for their help and kindness,” said Ms Ryan, who has been overwhelmed with callers to see how they are. “It is great to have good neighbours,” she said.