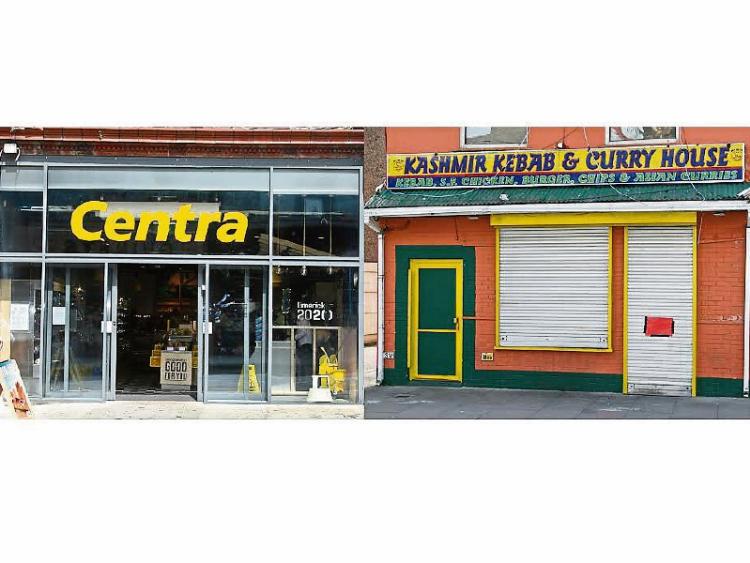 The Centra store on Lower Willam Street and Kashmir Kebab and Curry House, Davis Street were ordered to close in May

THE Food Safety Authority of Ireland (FSAI) has confirmed that two premises in Limerick city were the subject of closure orders during May.

The Centra supermarket at 9 Lower William Street was ordered to close on May 13, last but has since reopened after the order was lifted three days later.

Separately, Kashmir Kebab House at 15 Davis Street was ordered to close on May 25, last and according to the FSAI the order remains in place.

In both cases, the closure orders were issued by environmental health officers with the Health Service Executive who conducted inspections of the premises.The Centra store was closed after it was found to be in breach of the 1998 FSAI Act, while the Kashmir Kebab House was closed under the provisions of the EC (Official Control of Foodstuffs) Regulations, 2010. The FSAI has not disclosed the specific reasons as to why either of the premises were ordered to close.

There were 12 Closure Orders across the country during May and Dr Pamela Byrne, Chief Executive of the FSAI, stated that food businesses need to be extra vigilant during the warmer weather.