The Cranberries prepare to make comeback to the stage

Limerick group will play first show since 2012 in Poland 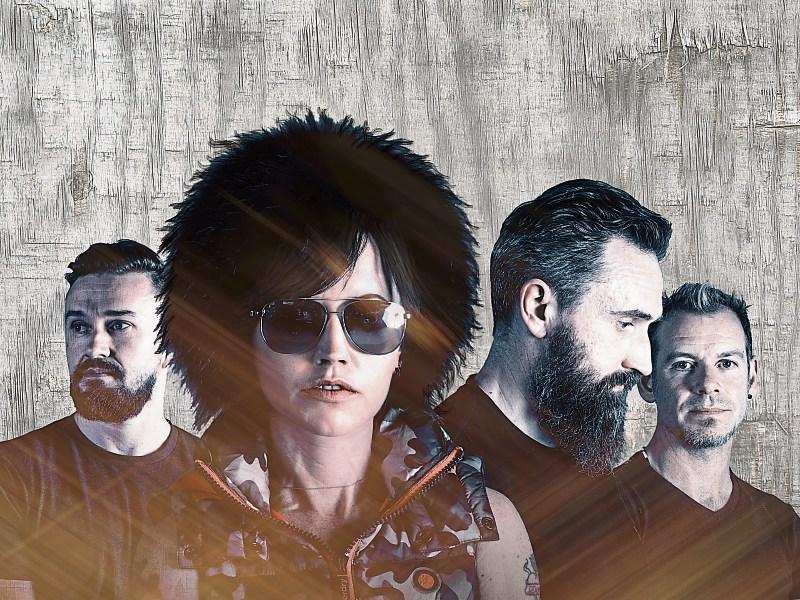 The Cranberries: Ken Coleman’s stylised image of the band

THE Cranberries are gearing up to make a return to the stage for the first time in nearly four years.

The Limerick group will play a show in Lublin in Poland this week, their first time performing live together since late 2012.

In recent weeks the Cranberries have been rehearsing in the Irish Chamber Orchestra’s building in UL, where they were captured in full flow by local photographer Ken Coleman, a digital media artist who has worked with a number of bands.

Ken, who got to know songwriter and guitarist Noel Hogan through the Pigtown Fling project which formed a central part of City of Culture in 2014, took a stylised poster image and snippet of promo video of the group for the upcoming tour, an initial 10 dates the Cranberries will play before the end of September in Europe and the US.

The UL interactive media graduate, 35, from Lisnagry, said the four bandmates were “relaxed and happy” in each other’s company when he photographed them, also capturing them on video, which Noel has since released online.

“I got a couple of shots of them and the video and you can see at the very end that they are having a good chat, they were laughing and joking amongst themselves,” he said.

“Noel asked me if I would be interested in doing a couple of shots of the lads, because they were trying to get together for the tour.

“They are all in different places at different times, so we had a very small window of opportunity to get it done on a Sunday evening.

“We knocked it out in about an hour and a half; green screen, live video, and the stills from that last practice before they packed up.

“There was no real brief, I just went at it as I usually do, my own kind of style, and they were happy with the first draft I gave them.”

Ken has collaborated with local bands on similar projects and is also working with an American death metal band, but said it was a “nice step up” to work with an act of the profile of the Cranberries, who have sold an estimated 40 million albums worldwide.

“For my own personal thing and from a career point of view, it is good, because I have been working on this now professionally for ten years, pretty much to the month,” added Ken who is gearing up to unveil a new digital art piece as the curator’s choice for June in the Hunt Museum

Noel has been drip feeding pictures through the band’s Instagram, with the hint emerging that they might be recording new music.

However, they did not play in Limerick, and have only done so once in almost 20 years, performing three songs at the Special Olympics opening ceremony in Thomond Park in 2010. Efforts are ongoing, the Leader understands, to try and rectify that and to bring the quartet home for a show, but nothing has been finalised.

While they were rehearsing at the ICO building, a number of fans turned up and were warmly received by the group, who signed autographs and posed for pictures.