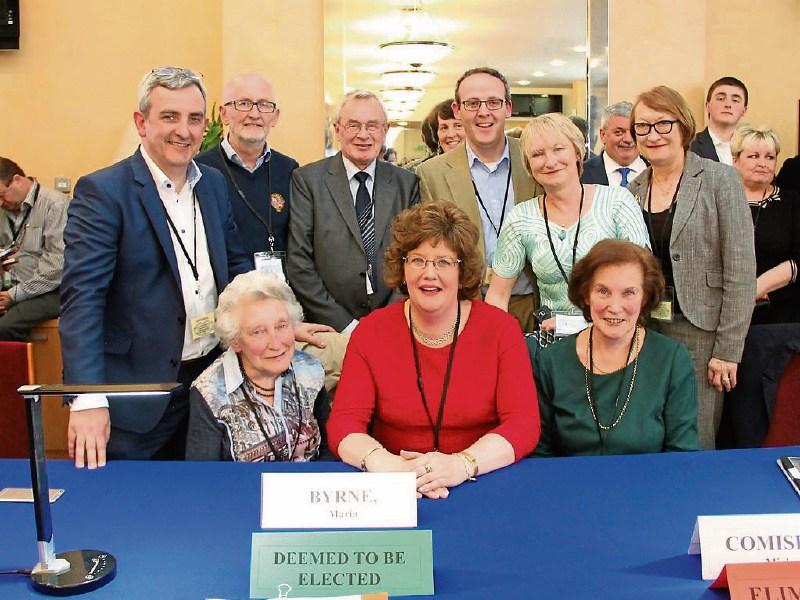 PROMINENT city business-woman Elenora Hogan is to contest the co-option to the seat vacated by new senator Maria Byrne on the council.

It was confirmed this week that the Upper William Street pharmacist was nominated unanimously by her branch of Fine Gael to seek co-option to the position in City West.

Ms Hogan, who lives in the South Circular Road, and chairs Fine Gael’s James Reidy city branch, is to face competition from Felim Cronin, who has been selected by the Raheen/Dooradoyle branch, and Fergus Kilcoyne, who is expected to be selected by the Patrickswell branch.

But Mr Kilcoyne, a publican in the village has indicated that he may not decide to throw his hat into the ring, due to the strength in numbers of the city branch.

“If the numbers do not stack up, there is no point contesting it in my view,” he told the Limerick Leader.

If Ms Hogan can get this vote out, it would make her the clear favourite to take on Senator Byrne’s seat.

Speaking to the Limerick Leader, Ms Hogan said: “You have to ensure people vote for you before you can say you’re a favourite to win an election. It is a very strong, vibrant branch, it always has been. But we just have to wait and see what happens at the selection convention.”

Asked why she put her name forward, she added: “I have been involved in politics for a very long time, and it seems like now is an opportune time to do it. Certainly as a business woman in the city, I would be interested in seeing Limerick prosper and improve. If I can play a role in that, I would be keen to do so.”

Mr Kilcoyne, who came agonisingly close to election in City West back in 2014, said his branch will meet this Thursday night to decide whether to stand a candidate. If they do, it is he who will likely be the man.

“I was the last man standing in the last election, so I would love to get the chance to represent the people of Limerick and bring a business head to the table. I feel there is an awful lot of waste in money, and the council could be tightened up in a big way,” he said.

For his part, Mr Cronin said: “I ran the last time in the area, but there were other factors in play including the number of candidates Fine Gael ran. I’d like to give it another try.”

Nominations for the vacant seat in City West have to be in by next Thursday.

It is then up to Fine Gael general secretary Tom Curran to decide when and where the selection convention is held.