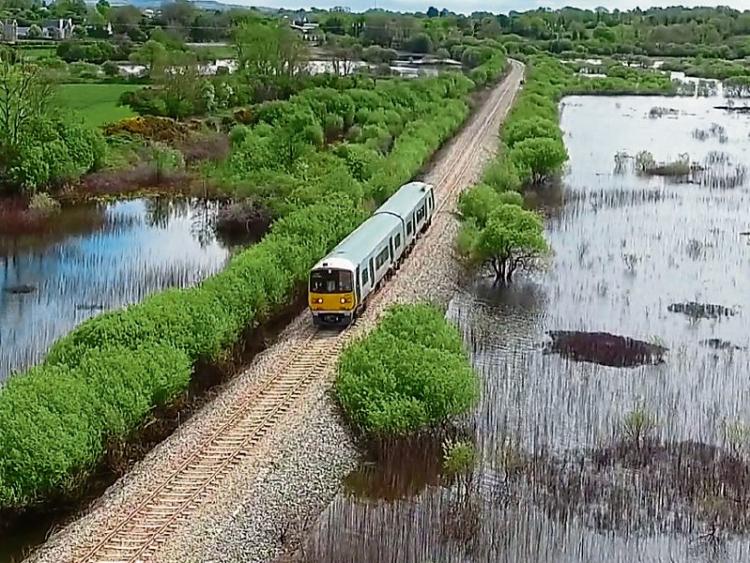 Rail services between Limerick and Ennis have resumed

THE first train since December rolled along the Limerick to Ennis rail line this evening.

The 4.30pm service from Colbert station to Clare’s county town was the first scheduled train since it was waterlogged following winter storms.

An inspection train operated today and engineers certified it safe for them to resume.

Replacement bus transfers had been in place along the route,  which forms the first part of the Western Rail Corridor  northwards to Galway.

Barry Kenny, Irish Rail, says there had been previous flood  prevention works on the track, but the water levels were  unprecedented.

“In fighting this issue extensively, we raised the track by  around 60 centimetres in 2003 which would have prevented  the type of flooding we experienced at that time. But I think it  is a sign of the increased flooding issues we are having to say  something we thought at that point would be a long term  solution now is insufficient by 1.4 metres,” he said.

Around 100,000 people use the Limerick/Ennis rail line annually. There are nine daily services in each direction.

The line flooded following a significant increase in water levels at Ballycar Lough due to the heavy rainfall in December and January, and the nature of inflows and outflows from the lough due to the karst landscape in the area.

While the intense rainfall ceased in January, inflows caused flood levels at Ballycar to peak in early March at 1.4 metres above the rail line.